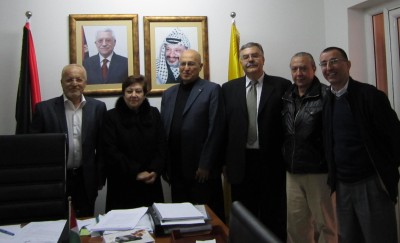 On April 22, 2011, an ARF delegation headed by Hagop Der Khatchadourian, ARF Bureau member and chairman of the Armenian Cause Central Council, met with a Fatah party delegation headed by Dr. Nabeel A. Shaath, a member of the Central Committee of Fatah and its Commissioner of International Relations, and a member of the Palestinian Legislative Council.

The meeting discussed Armenian-Palestinian relations and areas of cooperation worldwide. Der Khatchadourian thanked Dr. Shaath for his continued interest in and friendship to Armenia and Armenians, and Dr. Shaath stressed the similarities that the two peoples shared in many respects. Both sides stressed the importance of continuously upgrading the level of cooperation on multiple fronts. 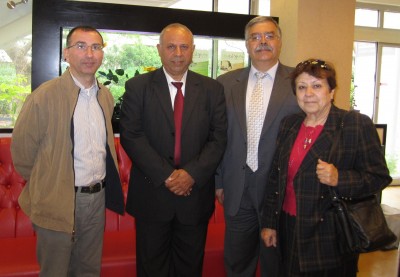 The continuing meetings of ARF-D Bureau member Hagop Der Khantchadourian with representatives of parties that are members of Socialist International took place in Tel Aviv on April 28, 2011.

The ARF delegation, led by Hagop Der Khantchadourian, met with Ghaleb Majadleh of the Israel Labour Party Ghaleb Majadleh and Deputy Speaker of the Knesset. The discussions centered on the upcoming parliamentary debate for the recognition of the Armenian Genocide by the Knesset, the role and intentions of Turkey in the region, and Israeli-Armenian relations. Mr. Majadleh, the first Arab minister in an Israerli government, emphasized his sympathy with the Armenian Cause and agreed that meetings between the representatives of both parties are important and should be frequent. 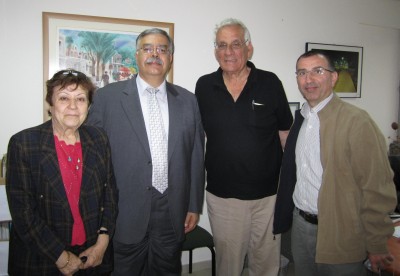 The ARF delegation also met the chairman of the Meretz party, Chaim Auron, at the party’s headquarters. Mr. Auron showed a profound knowledge of the Armenian Cause, and appreciation for the contribution of Armenians to Jerusalem, Israel, Palestine and the Middle East. He also acknowledged the significant role of the ARF in international organizations. He mentioned that these appreciations were not his alone but his party’s as well. The meeting concluded with a discussion of the Israeli-Palestinian conflict.