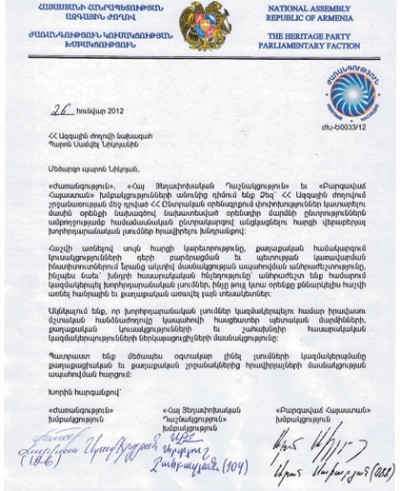 [1]According to www.lragir.am the Parliamentary Faction of the Prosperous Armenia Party (BHK) which is part of the coalition government joined today its ARF-D and Heritage (Zharangutyun) opposition parties’ counterparts in calling for parliamentary hearings to discuss the passing to a 100% proportional electoral system. The three factions applied in written, to the Chairman of the Parliament as well as to the Chairman of the State and Legal Affairs Standing Committee of the Parliament.