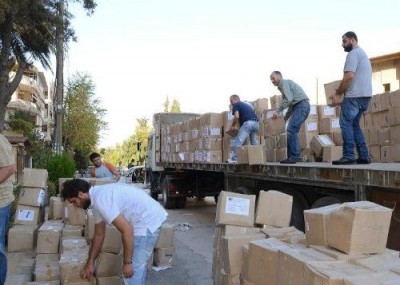 On November 8, “Help Your Brother” civic initiative sent the third cargo airplane with humanitarian aid to Aleppo, Syria. Upon the arrival of the cargo Arab some media reported that the aid was intended for the Armenian community despite the continuous announcement on behalf of the organizers that the aid will be distributed not only to Armenians but to Syrians as well. 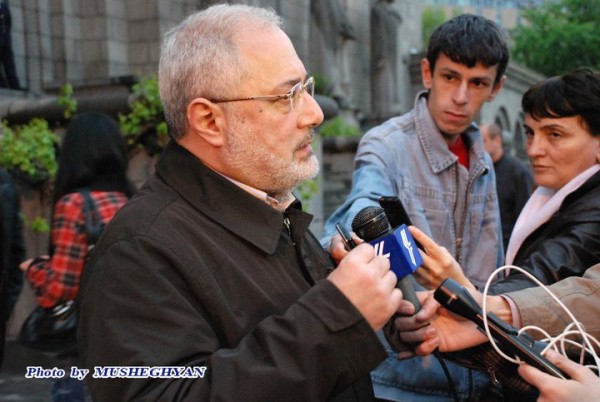 [1]ARF-D MP, Vahan Hovhannesyan [2] and coordinator of “Help Your Brother” efforts when asked by yerkir.am said “this is a misunderstanding, an artificially created misunderstanding because both the Armenian Prelacy in Aleppo and Syria’s Red Crescent are registered as the aid’s recipients. They receive the cargo together and so, to speak about discrimination in this case, is clearly a misunderstanding and an artificial one” Hovhannesyan said. He also mentioned that when the first cargo was distributed everyone saw that it was supplied to Syrian families in need, too. “We never kept it a secret, that “Help Your Brother”’s incentive was the difficult situation that our compatriots face. But we understand perfectly that they have Syrian brothers, neighbors whom they are close to and with whom they share not only friendly but brotherly relations, as well. Naturally, when we speak about helping not only the Armenians do we have on our minds but the Syrians, also”.
Hovhannesyan is sure that this attempt could be in the profit of some political groups and that they have always tried to pull the Armenian community into the conflict. “Armenians keep their neutrality; they are lawful citizens of Syria, they don’t get in the conflict. And since any other effort to drag them in has failed they are now trying to achieve that with irresponsible statements and turn Arab circles against the Armenians, even in regard to living conditions. It is not happening on the political level and

[3]they have focused on living conditions. These are merely fabrications but for circles who are not developed this could have dangerous consequences and lead to more pressure on the Armenians” Hovhannesyan stressed.

Lilit Galstyan, “Help Your Brother” Co-ordinator, when interviewed by 1in.am (November 11) said that for the time being “Help Your Brother” is able to help Armenians who came from Syria, only with food supplies and blankets. Commenting on the assistance provided to Armenians from Syria, by “Help Your Brother” and AGBU Galstyan pointed out that they are in position of helping to a certain extent “from its part, the state must provide jobs, housing so they can at least, temporarily make it through. Since the war in Syria doesn’t seem to be coming to an end soon and many are thinking of settling down in Armenia, the solution to these problems must be a priority” Galstyan said. 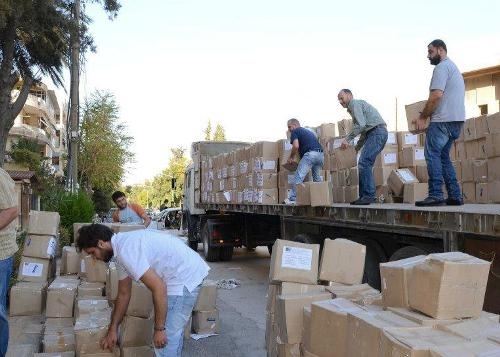 [4]The civic initiative that has mobilized hundreds of thousands of Armenians in home and abroad sent a third cargo plane to Aleppo, on November 8. Previously and according to an earlier agreement, the cargo was landed in Erzerum, Turkey in order to be inspected before reaching its destination. The inspection was thorough with the Turkish authorities taking samples of the aid packages.

13 tons of food were sent with an Air Armenia cargo plane for the relief of Aleppo’s population and the distribution started on November 11.