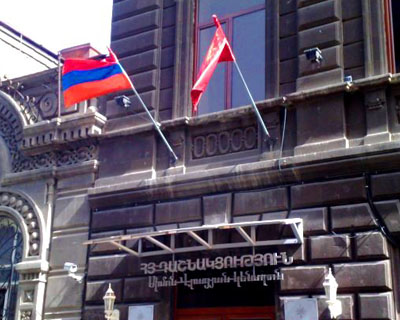 Following the summing-up of Armenia’s Presidential election day at the polling stations, analyzing the received information and the preliminary results announced by the Central Electoral Commission, the ARF-D Supreme Council of Armenia states hereby its assessments.

On February 18, the citizens of Armenia proved that there are limits to their patience, that they are worthy of a much better life and authority, that it is impossible to kill people’s aspiration of justice and freedom.

The people’s outburst was a response to the existing real, political, social, financial situation and to the ethical ambiance of the country. It was the response to the ruling power and to the self-satisfied attitude of its rank and file representatives who claim to have the support and to enjoy the trust of the society’s absolute majority. It is more than evident that the people’s predominant segment doesn’t accept the present system.

In addition to the use of the administrative-financial limitless resources by the authorities, that was noted at the parliamentary elections, this time in many polling stations there was a coordinated violation during the counting of the votes. This election, that was promised to be the best, was once again badly conducted. The results proved our conviction that the outcome was predetermined and the evaluation of the foreign observers was predictable.

Fellow citizens, the post-election situation and the possible developments force as much the acting power as the main competing candidate, the oppositional forces and the active segment of society to take both the highest responsibility and dire decisions. The people’s expressed will of February 18 must not be infringed. The ARF-D stands by the side of the people and supports finding solutions with joint forces. We have to be aware of the severity of the situation and we have to look for ways out. This is a heavy but unavoidable task and we have to do it all of us, together. We have to be worthy of our people. This way alone and only by forming a concrete political agenda it is possible to transfer our country from the phase of vicious cycle and retreat to the track of sustainable development and to guarantee the citizens a safe and decent future.