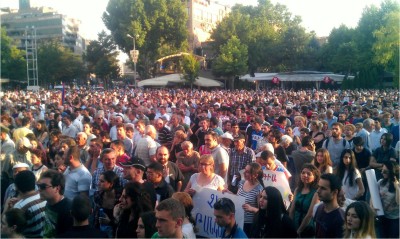 (armenianweekly.com [1]) The Armenian Revolutionary Federation – Dashnaktsutyun (ARF-D) Press Office on June 23 issued the following statement regarding the recent assault on and arrest of [2] protesters for demanding [3] the reversal of the decision to increase electricity tariffs in Armenia. 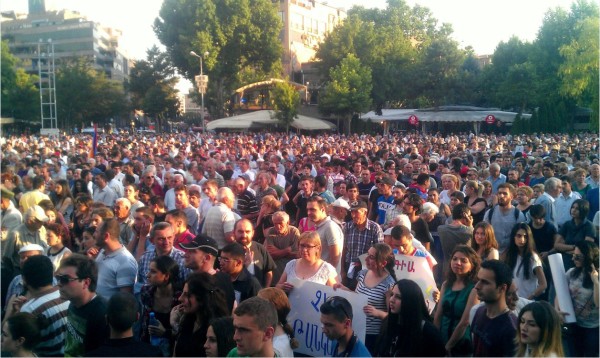 Over the past few days, representatives of Armenian civil society organized protests, demanding the annulment of the decision to increase electricity tariffs in the country. These initiatives, which represented the will of the majority of the people, resulted in an undesirable outcome.

The ARF-D demands release of protesters

On June 22, police broke up the protest—protesters and representatives of the media covering the events were beaten and arrested. As a result, not only did dozens of citizens and reporters who were doing their job suffer, but the country’s reputation also took a blow as the environment of public tolerance was once again disturbed.

To overcome the current situation and to avoid further escalation of tension, we first and foremost demand that the detainees be released. It is then necessary to separately examine each case of disproportionate use of force by the police.

The authorities are obliged to take further action in connection with the incident under full transparency and to investigate the just demands of all citizens.

We call on everyone to refrain from escalating tension, from creating hostility among citizens, and from taking any actions that will harm the country’s reputation and public image, and invite intervention.