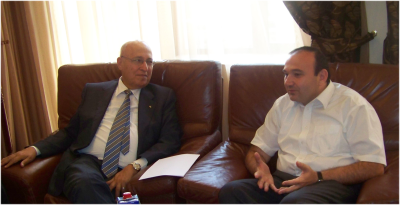 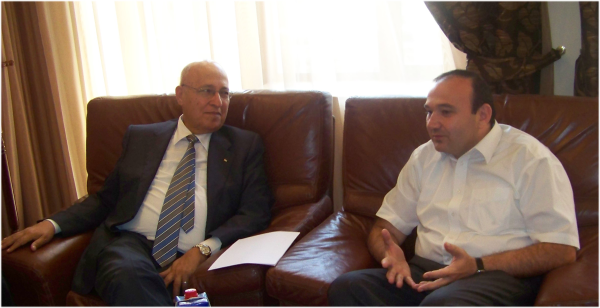 YEREVAN, August 29, 2015 (ARF-Dashnaktsutyun Press Office) – Recently Hikmet Hajiyev, the spokesman for Azerbaijani Foreign Ministry told the Azerbaijani media that Palestine is not planning to open an embassy in Armenia in the near future. According to the Azerbaijani ministry’s spokesperson, the Palestinian embassy in Baku contacted with the administration of the President and the Foreign Ministry of Palestine and both structures have dismissed this information as baseless and stated that there is no plan to open an embassy in Yerevan. The issue of a Palestinian embassy in Yerevan was raised by the Palestinian Ambassador to the United Kingdom in an interview with the “Arevelk” (“East”) news website in Yerevan.

Responding to a question by the “Aravot” (“Morning”) Armenian daily, Press Secretary of the Ministry of Foreign Affairs of Armenia, Tigran Balayan, said that these issues are regulated by the Vienna Convention on Diplomatic Relations, in bilateral format. “It is ridiculous that the representative of a third country [Azerbaijan] is making a statement regarding the representation of the Palestine in Yerevan,” added Mr. Balayan.

The ARF-Dashnaktsutyun Press Office asked Giro Manoyan, member of the ARF-Dshnaktsutyun and its international secretary, about the party’s position on the issue. According to Manoyan, the ARF-Dashnaktsutyun has good relations with the Palestian Fateh Movement and has had meetings with the Fateh leadership both in Ramallah and Yerevan. Manoyan noted that Azerbaijan has pursued and has so far succeeded in driving a wedge in Armenian-Palestinian relations and the most recent announcement from Baku regarding the opening of a Palestinian Embassy in Yerevan is the continuation of that policy.