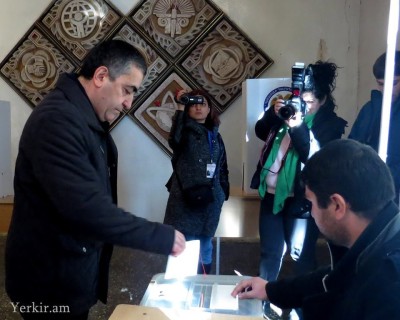 (source: armenianweekly.com) Armenia’s Central Electoral Commission (CEC) announced today that 825,622 citizens, around 63.4 percent of eligible voters, voted in favor of the new constitution, amid several reports of violations and irregularities. A total of 1,296,368 people, or around 50.51 percent of eligible voters, participated in the referendum according to figures released by the CEC.

The reforms called for a shift from a semi-presidential to a parliamentary form of government, and will introduce a governmental system in which the powers of the president are drastically reduced, and are almost only ceremonial. Armenia’s president will be elected for a seven-year term (currently a five-year term) by parliament, not a national vote, and can only serve one term. 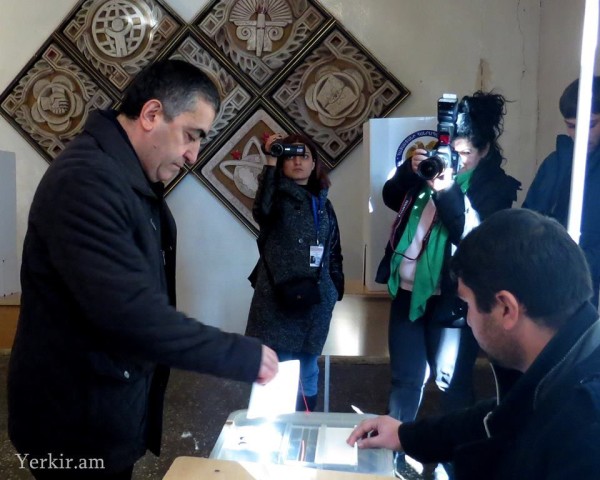 Armen Rustamyan, member of the Armenian Revolutionary Federation – Dashnaktsutyun (ARF-D) Bureau and head of the party’s political affairs, told reporters on Dec. 7 that the country now had a new Constitution, adding that the “no” votes were in essence a rejection of the ruling government, whereas the “yes” votes were cast in favor of the constitutional changes.

“Of course, there is the need for serious examination of the outcomes of the referendum. The substantial number of ‘no’ votes is cause for reflection, and it is consistent with the concerns we had during the campaign. It is our deep belief that the ‘no’ votes are an expression of dissatisfaction with the authorities—the ‘no’ [votes] are directed at the government’s policies; meanwhile, the ‘yes’ votes are directed at the constitutional changes,” he was quoted as saying by Yerkir.am.

Rustamyan said ARF-D representatives followed proper procedures during the referendum and did their best to prevent violations. He added that since the violations have not been investigated and confirmed, they are one sided; and that those who are speaking about widespread violations were insisting and expecting that the referendum would pass in a fraudulent manner. “We are well aware of what kind of an electoral system we have. The referendum, which was held on Dec. 6, was held in the old electoral system, which has many faults. Those electoral flaws will continue to occur unless we change the old system. We are convinced that these constitutional amendments will create the best foundation for an electoral system that is in line with the standards that will allow for credible elections and referendums. Distrust of [yesterday’s] results stems from mistrust in the electoral system that has accumulated over the years,” he said.

The ARF-D has been a strong proponent of the constitutional reforms. The party has advocated for a transition to a parliamentary system of government in Armenia since independence. Speaking to reporters after casting his ballot on Dec. 6, ARF-D Bureau representative Hrant Markarian said that Armenia has the opportunity to form a new political framework with the possibility of real competition. “I’m confident that this is a new beginning for Armenia today,” he said.