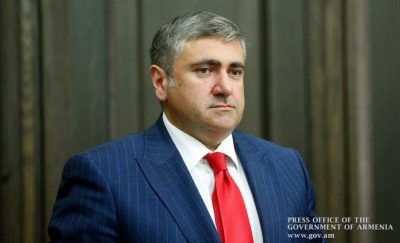 (asbarez.com [1]) YEREVAN—Arthur Kachatryan was appointed the governor of Shirak Province on Thursday during a regular session of Armenia’ cabinet.

Khachatryan, a member of the Armenian Revolutionary Federation-Dashnaktsutyun, will replace the outgoing Hovsep Simonyan who was dismissed from his position earlier.

“We wish you a productive tenure. Having experience in the ministry of territorial administration and development and having daily interactions with the administration culture and rules which we want to have in the provinces, we hope that you will be able to quickly regulate the works there,” said Prime Minister Karen Karapetyan in congratulating the new governor.

The Shirak Province is located in the north-west of Armenia, bordering Turkey in the west and Georgia in the north. Its capital and largest city is Gyumri.

Before assuming his new position, Khachatryan served as the deputy minister of territorial administration. 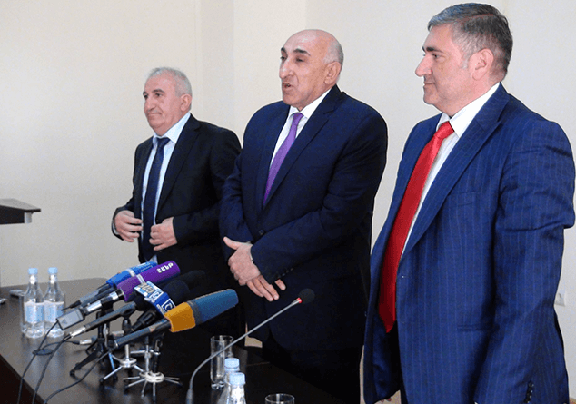 Armenia’s Minister of Territorial Administration Davit Lokyan on Thursday introduced the new governor at a special ceremony at the provincial headquarters in Shirak.

After thanking Simonyan for his years of service, Lokyan said the Khachatryan’s experience in made him qualified to confront the challenges facing the Shirak province and to bring new impetus in addressing the issues in the region.

Khachatryan also pledged that he will work hard with residents of Shirak to address their needs and create a collective atmosphere for advancement and reform in the region.

Born in 1972 in Yerevan, Khachatryan graduated from Yerevan State University in 1994 with a degree in physics. He received his Master of Science degree in physics and mathematics from the American University of Armenia in 1996 and another Master’s degree from the Imperial College in London.

Khachatryan has previously served as the Project Coordination of the Organization for Security and Cooperation in Europe (OSCE) Office in Yerevan (2002-2005), the Director of the California Trade Office (2005-2008), Consulting Solutions Officer at Management Mix (2008-2010), Academic Dean of Management Faculty; Head of Finance and Accounting Chair of the French University in Armenia (2011-2013), Deputy Director of Operations and Head of Human Resources at Ardshininvestbank, and Director of Vivat Consulting (2011-2013, 2015-2016).