ARF-D and ARS members from around the world were present at the opening ceremony (Photo: Aparaj) 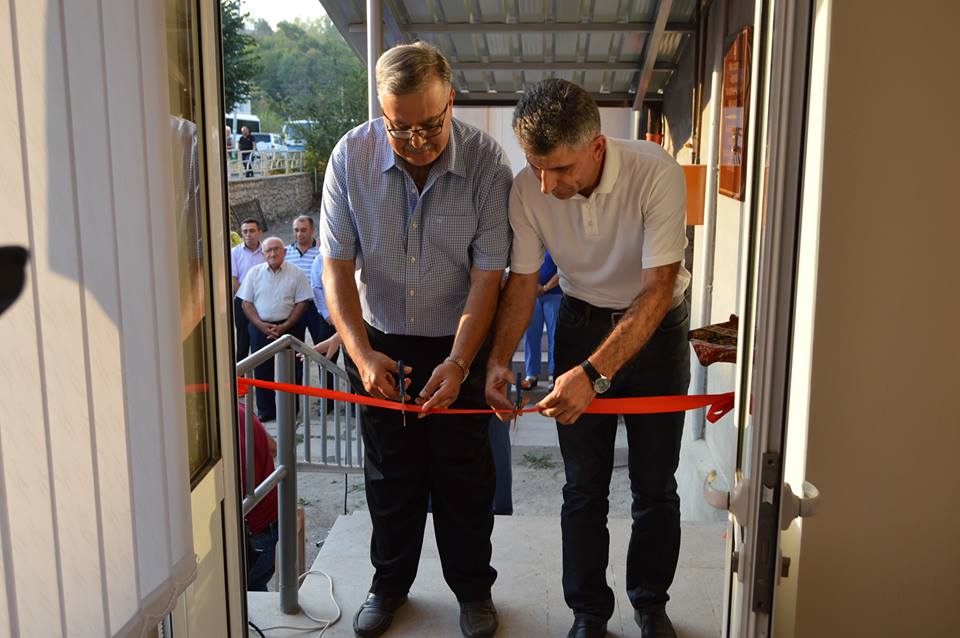 In his speech, ARF-D Bureau member Hagop Der Khatchadourian said it is difficult to imagine that Shushi—an “Armenian cradle” that has given the Armenian people leaders such as Navasardian and Aram Manukian—was once occupied by Azerbaijan and “Turkified” over the years. “Piece by piece, this land was liberated by the blood of members of the ARF-D and other freedom fighters. [The liberation of] Shushi is a step toward creating a unified Armenia,” he added. 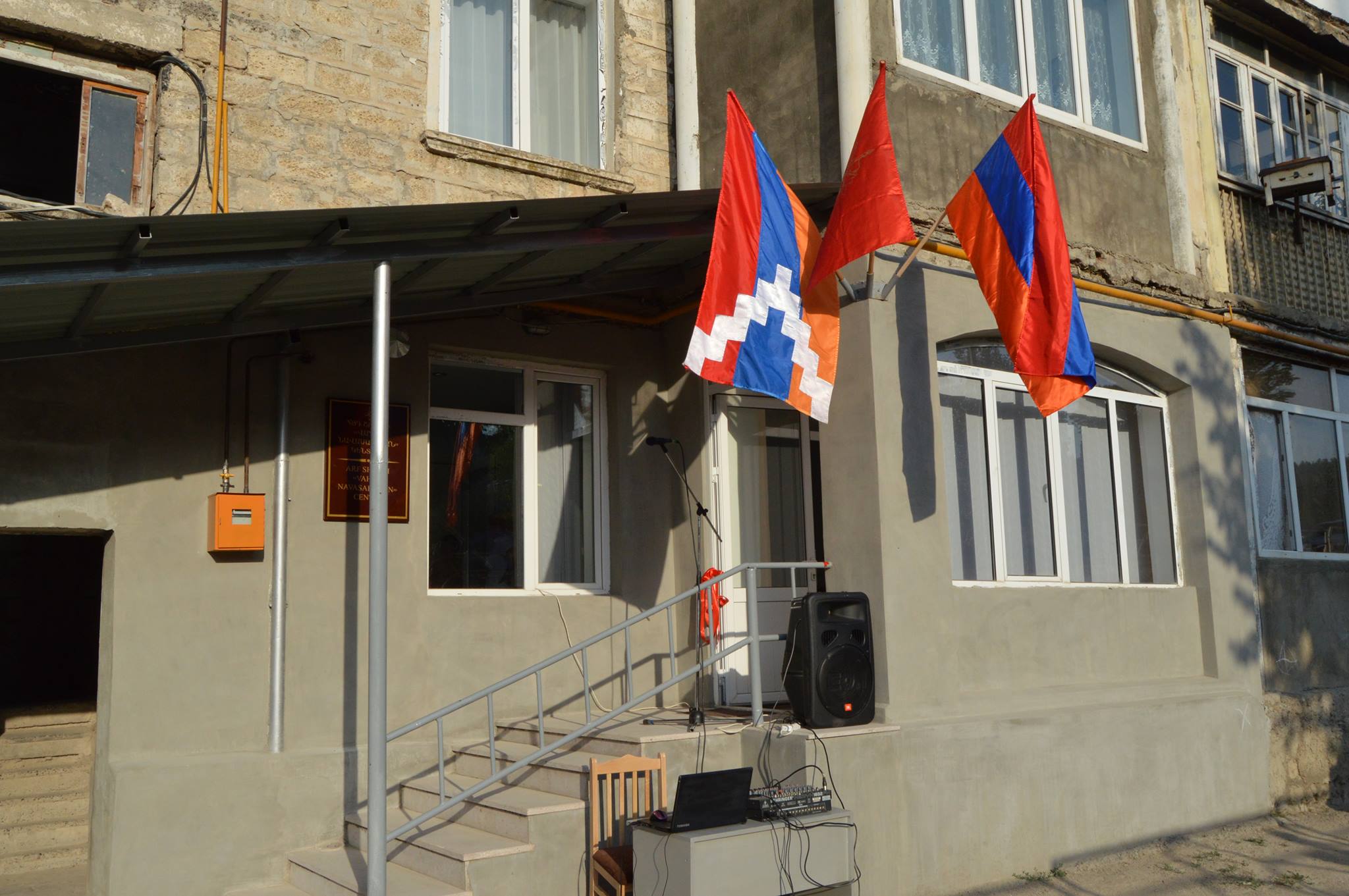 In his remarks, ARF-D Artsakh Central Committee Chairperson Davit Ishkhanyan stressed the importance of the opening of the center on the same day the ARS Soseh Kindergarten in Stepanakeret. He noted that the two centers are necessary for the prosperity of Artsakh and its people. “Important ideas and decisions for our people and for coming generations are made in these types of centers,” Ishkhanyan said. During his remarks, Ishkhanyan also thanked Canadian region of the ARF-D for supporting the building’s renovation efforts.

Born in Shushi, Vahan Navasardian received his early education in his hometown. Thereafter, he went to Baku, where he received a Russian secondary education. He then traveled to Russia, where he received higher education at St. Petersburg University, earning a doctorate in history and economics. Self-taught in Armenian, he overcame that seeming handicap and became an excellent writer in a variety of genres in Armenian (journalism, essays, historical abstracts, etc.).

He joined the ARF-D as a young man and until 1921 worked in various capacities throughout Russia and Eastern Armenia. At the age of 19, he was elected a member of the ARF-D Central Committee of Baku, performing both public and internal organizational functions. For a brief period, during World War I, he taught Russian, politics, and economics at the Gevorgian Seminary, at Etchmiadzin. 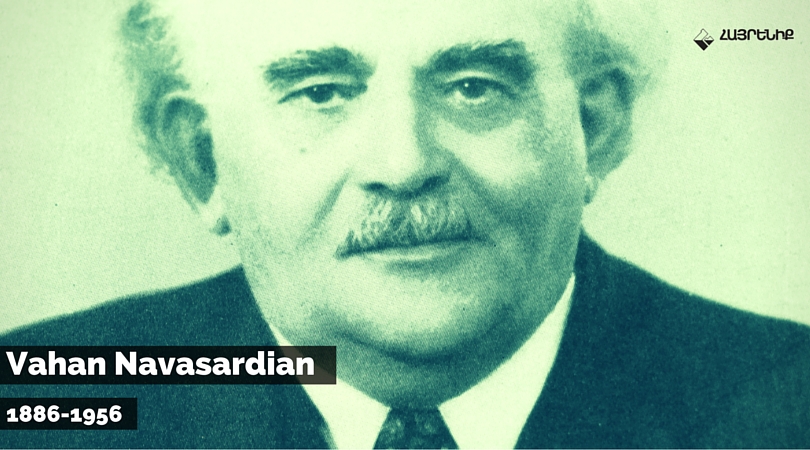 [6]n 1917, he briefly became the mayor of Alexandropol (present-day Gyumri). In May 1918, he participated in the fighting at Gharakilise. Later that year, he became editor of Horizon, in Tiflis. He settled in Yerevan in 1919 and became a member of the Parliament and editor of the ARF-D publication Harach.

In 1920, Navasardian fought in the Armeno-Kemalist War. Forced underground by the subsequent Sovietization of Armenia, he was active in organizing the February 1921 revolt. The brutal period of Sovietization and the ensuing Armenian struggles against Bolshevik tyranny left an indelible mark on Navasardian, who thereafter became a staunch opponent of Communism.

After the Sovietization of Armenia, he eventually settled in Egypt, after stops in Istanbul and Berlin, and served as editor of Houssaper in Cairo. The paper flourished under his tenure, shifting from a semi-weekly to a daily and attracting many of the most prominent Armenian writers and cultural figures in the Middle East.

For many years, Navasardian was a leading member of the ARF-D, taking an uncompromising stance toward the Soviet regime and its supporters.

An author of prolific and diverse output, he is well known for his books Bolshevizme yev Dashnaktsoutiune (Bolshevism and the ARF-D) and H.H. Dashnaktsoutian Gaghaparabanoutiune (The Ideology of the ARF-D).