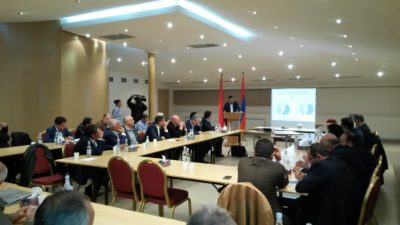 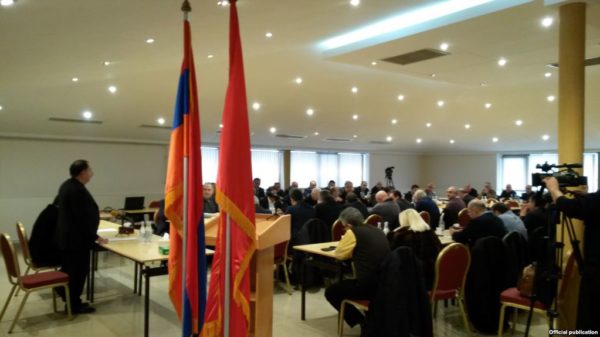 The pan-Armenian party’s worldwide Bureau and decision-making body in Armenia reviewed the government’s economic and other policies at a special joint meeting held in Yerevan late last week. A Dashnaktsutyun statement released over the weekend said they praised the government for expediting the country’s transition to the parliamentary system, pursuing a “complementary” foreign policy, embarking on defense reforms and speeding up economic growth in 2017.

But it also said: “Public distrust in the reforms has not yet been overcome and the pace of the country’s development does not satisfy us.” The government, it said, should, among other things, do more to reduce poverty, spur job creation, and “ease income polarization,” take tougher anti-trust measures, and “revise” its social programs.

“The number one problem … is that we did not have inclusive growth, which is different from [normal] economic growth” Suren Parsyan, a representative of Dashnaktsutyun’s economic research office, said on Monday. He argued that poverty in Armenia did not decline noticeably in 2017 despite a nearly 7 percent growth rate reported by the authorities.

“The government must not confine itself to just simplifying and improving tax and customs administration,” Parsyan told reporters. “It needs to implement concrete policies so that new economic entities emerge in some sectors.”

The Dashnaktsutyun representative specifically made a case for liberalizing the Armenian fuel market that has long been effectively monopolized by a handful of fuel-importing companies owned by government-linked individuals.

Parsyan made clear at the same time that his party believes Prime Minister Karen Karapetyan’s cabinet is on the right track.

Dashnaktsutyun, which is particularly influential in the worldwide Armenian Diaspora, is represented in the government by three ministers in line with a power-sharing agreement reached with Sarkisian two years ago. It won 7 seats in the country’s 105-member parliament elected in April 2017.