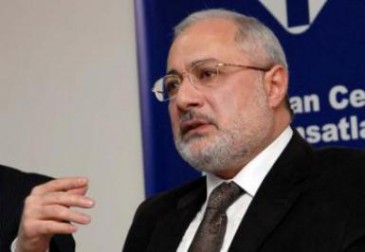 On September 29, during a press conference at the Slaq press club, ARF-D Bureau member Vahan Hovhannesyan said that ARF-D follows its own path to the forthcoming elections. Hovhannesyan pointed out, that when it comes to fraud it makes no difference whether the elections are regular or special. The party favors a total change of regime, including Serzh Sargsyan, said Hovhannesyan and added that “the people must comprehend the value of elections, otherwise no change will be possible. It takes serious work to create civil conscience in a poor country; there is no magical wand for that. The current social economic policy doesn’t help towards the renaissance of people’s selfconscience. We have to secure that renaissance by other means, which we cannot yet reveal.”

The ARF-D Bureau member referred to the non-parliamentary opposition Armenian National Congress’s (HAK) calls for Sargsyan’s resignation and expressed his conviction that the President won’t step down and pointed out that the HAK speaks about concessions by the authorities in general, without specifying their content and deadline.

Hovhannesyan also commented on the speech that the Armenian President gave during the 66th session of the UN General Assembly by saying that two main issues come of it. First, the authorities need strong support from within the country and have to resign from their monopolistic policies. The living conditions are deteriorating, no matter what is published or said. The directives mentioned in the President’s speech can be only implemented in a fair country. Secondly, it is imperative to withdraw our signature from the Armenia-Turkey Protocols, underlined the ARF-D Bureau member. Hovhannesyan said he liked the parts of the President’s speech concerning the Mountainous Karabakh conflict, still he isn’t convinced about the effectiveness of the speech, since speeches such as this have been delivered before. According to Hovhannesyan these two issues suffice to understand why the ARF-D is demanding an overall and systemic change of power.

Neither former President Kocharyan nor former Minister of Foreign Affairs Oskanian have asked ARF-D’s support in relevance to next year’s elections, clarified Hovhannesyan and added that as fara as the ARF-D is concerned, everyone is free to sign up, sign out or cooperate with the party. In this sense the ARF-D is open to everyone said Hovhannisyan.

“We will have our own presidential candidate in the upcoming [2013] elections. I cannot yet say who that will be. The decision will be taken by the party, collectively”. Responding to a question about the 2012 parliamentary elections, Hovhannesyan did not exclude the potential of an accord with the “traditional parties”, although such a collaboration has small chance, but he cleared that the ARF-D has always favored to participate on its own. Concerning the other parliamentary opposition Heritage party (Zharangutyun), Hovhannesyan said that the current cooperation between the two parties is very good, but no decision has been made about the elections.

Hovhannesyan also talked about the possible nuanced changes in Russia’s policy as a co-mediator in the Mountainous Karabakh conflict, in case Putin is elected President of Russia and reminded that the war in Georgia broke out during Medvedev’s presidency. As far as Putin’s election’s effect on Armenia’s internal affairs, he mentioned that no changes are expected and that Armenia should focus on electing its President on its own, without interventions from other countries.