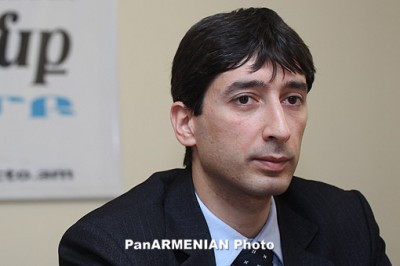 “Statistical indexes, which relate to the Republic of Armenia must be studied, researched, discussed; however, I believe, that there is an unnecessary uproar connected with these indexes because all of those indexes are contentious,” Ara Nranyan, a member of the ARF-D parliamentary faction said in an interview with www.7OR.am. “Taking into consideration our economic condition, the way state bodies operate, I believe that they [the indexes] are far from representing the real picture.”

Nranyan noted that in studying unemployment figures there are many questions which are brought to bear. The parliamentarian stressed that the number of unemployed in Armenia is much greater than what the official statistics indicate. He went on to say that the opposite could also be true – when a citizen says he/she is unemployed but is really working in the black market, which according to some studies account for 250,000 people. “Therefore it is difficult to say that the unemployment figures express reality,” he said. “Official statistics show that there is full employment in the agricultural sector, but it doesn’t mean that the person living in the village works in agriculture.”

“I can give you one other example. We have received this information from business enterprises and from state bodies. Many times, statistical services refuse to accept reports that would register a drop in the unemployment indexes and often times they return the surveys, suggest to make adjustments to include more promising or positive numbers,” Nranyan remarked. “It becomes clear that when these adjustments are made, we cannot have a real picture of the situation.”

Nranyan stressed that it is necessary to be critical when receiving statistical indexes and it is sometimes necessary to read between the lines. When conducting studies, economists must use other tools and must always observe the economic field. To understand the economic reality on the ground, it is not possible to use only one or two sources or indexes; it is necessary to compile and compare other indexes like the growth of income, the volume of retail trade, the output volume of the energy sector and industrial growth. Nranyan noted that these indexes are indirectly connected with one another and there are corresponding formulas and methods which make it possible to forecast economic changes. “It is necessary to approach the issue comprehensively and try to receive the real picture based on a compilation of factors,” Nranyan said.

Ara Nranyan noted that prior to the 2007 parliamentary elections, the ARF-D had conducted an economic study which found that by eradicating a percentage of the black market, it would be possible not only to raise income levels but also raise pension funds. “During the electoral debates no one was able to prove the opposite and the authorities, after losing the debate with the ARF-D, were forced to increase pensions,” Nranyan concluded.