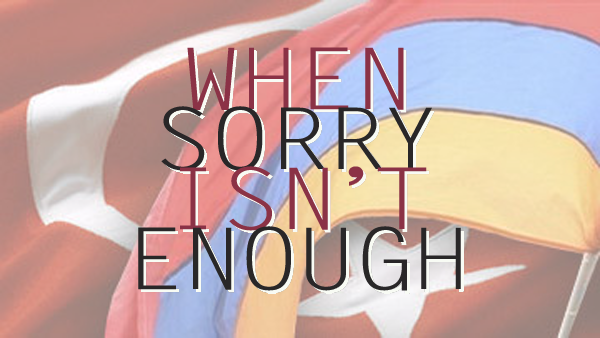 LOS ANGELES—Scholars from across the world are set to discuss the Armenian Genocide during a conference hosted by the International Human Rights Law Association at UCLA entitled “Genocide and Then What? The Law, Ethics, and Politics of Making Amends.” The event will take place at UCLA’s Dodd Hall Auditorium on Sat., Oct. 23 from 10:30 a.m. to 5 p.m.

”This is a ground-breaking conference, the first of its kind to tackle this issue as well as place it in the broader context of restitution for crimes against humanity,” noted Dr. Henry Theriault, chair of the department of philosophy at Worcester State University.

The conference will feature a soon to be released report on the Armenian Genocide that brings together years of research from the legal, ethical, and political perspective. This independent study was made possible by a grant from the Armenian Revolutionary Federation-Dashnaktsutyun.

”We look forward to discussing the report and the opportunity for critical feedback from the scholarly community at the UCLA School of Law and beyond,” said Theriault.

Theriault, whose work explores the ethics of reparations for crimes against humanity, will be joined on the first panel of the conference by Ara Papian, former ambassador of Armenia to Canada, and treaty history and law specialist, as well as Dr. Jermaine McCalpin (University of the West Indies, Jamaica), and Dr. Alfred De Zayas (Geneva School of Diplomacy and International Relations, Switzerland).

McCalpin is a specialist in long-term as well as transitional justice. His research interests include truth commissions and political accountability, as well as reparations for slavery, Native American extermination, and the Armenian Genocide.

Crimes against humanity and restitution

In addition to presenting the report, the event will feature panels exploring Armenian Genocide reparations in the broader contexts of human rights violation reparations, the ethical foundations, the political implications, and real property determinations for reparations.

Key to this discussion is the participation of Michael Bazyler, professor of law and “1939” Club Law Scholar in Holocaust and human rights studies at Chapman University School of Law. Bazyler is a leading authority on the use of American and European courts to redress genocide and other historical wrongs. His book on the subject, Holocaust Justice: The Battle For Restitution In America’s Courts, was cited by the U.S. Supreme Court and reviewed in the Harvard Law Review, Washington Post, Los Angeles Times, Financial Times (London), and the Economist.

Providing perspective on the ethical imperative behind justice in the case of the Armenian Genocide and the dynamic political environment in which it is developing will be Dr. Armen Marsoobian, Khatchig Mouradian, and Ayda Erbal.

Marsoobian is a professor and chair of the philosophy department at Southern Connecticut State University. His current work deals with philosophical issues arising from genocide, including an exploration of inter-generational moral responsibility in the aftermath of genocide.

Mouradian is completing his Ph.D. in Holocaust and genocide studies at Clark University, Worcester, Mass. He has lectured extensively and participated in conferences in Armenia, Turkey, Cyprus, Lebanon, Syria, Austria, Switzerland, Norway, and across the United States. On April 24, 2010, he was a featured speaker at the Armenian Genocide commemoration held in Istanbul, Turkey, and on April 25, he presented as part of the “Reparations” panel at the first Armenian Genocide conference held in Ankara, Turkey.

George Aghjayan, a Fellow of the Society of Actuaries, will present his research on the demographics of the Armenian population of Western Armenia prior to the Armenian Genocide. He will be joined by Rev. Dr. George Leylegian, who will discuss his work outlining the seizure and destruction of church properties lost during and after the Armenian Genocide, as well as its community and religious institutional impact.
The conference is free and open to the public. For more information about the conference, individuals may contact the International Human Rights Law Association.

The conference is organized by the International Human Rights Law Association with the support of the Armenian National Committee of America-Western Region.