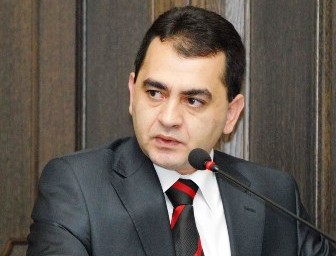 ARF-D Armenia’s Supreme Council Vice-Chairman, Arsen Hambartzumyan said to news.am that a few days prior to the February 18 presidential elections ARF-D will make an announcement in order to orient its supporters.

Hambartzumyan said that discussions are held currently within the party and that there are some concrete approaches as to what must be done. “At this moment we urge voters to actively participate in the elections process and vote according to their conscience regardless of the fact that ARF-D doesn’t have a candidate of its own, because we value the institution of elections and we will not discredit it”. He also added that supporting the incumbent President is excluded and in the case of not supporting any other, voters can turn their ballot invalid since our legislation doesn’t have an against-all option. Judging from the how the pre-electoral campaign has been run in the first week, many other candidates will be excluded as well, Hambartzumyan said.

Hambartzumyan pointed out that for ARF-D supporting a candidate is not an end to itself. “If at the end of the pre-electoral campaign there is a chance of substantial changes then supporting a candidate will have a meaning. The Supreme Council Vice-Chairman noted that these elections are predetermined and in this case the possibility of making substantial changes through them doesn’t exist.

“Humorous” was the single word Hambartzumyan chose to describe the first week of the pre-electoral campaign adding that he didn’t like any candidate’s campaign.