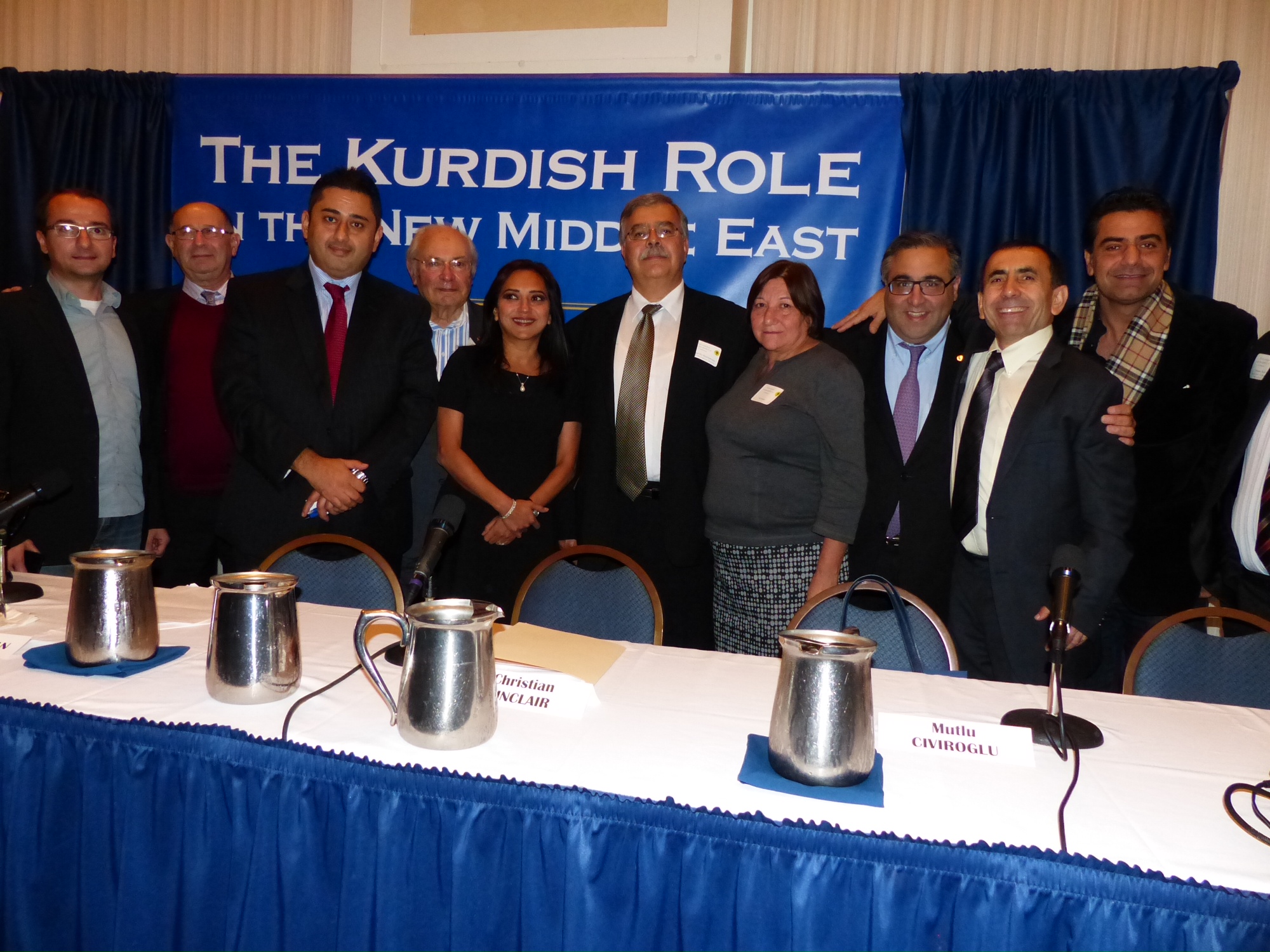 (armenianweekly.com) WASHINGTON — Kurdish political leaders from Turkey, Syria, Iran, and Iraq were joined on Oct. 28 by a broad cross-section of the Washington, D.C. foreign policy community at an all-day conference on the “The Kurdish Role in the New Middle East”.

The conference, the first ever organized in Washington by the U.S. office of the Peace and Democracy Party (BDP), the leading pro-Kurdish political party in Turkey, was held before a capacity crowd in the National Press Club.  An Armenian delegation headed by ARF-D Bureau member Hagop Der Khatchadourian attended the conference and also held consultations regarding prospects for increased cooperation with several political leaders and other key Kurdish stakeholders.

The program covered four panels, and featured a robust exchange of views from a broad array of Kurdish viewpoints.  The topics covered were “The Kurds in a Changing Middle East,” “The Kurds of Syria and their Vision for the Future,” “The Imrali Peace Process: Can Turkish-Kurdish Relations be Re-Made?” and “The U.S., Turkey, and the Kurds: Towards a New Vision.”  Among those participating were the co-chairman of the BDP, Selahattin Demirtas; Nazmi Gur, a prominent BDP parliamentarian; Karwan Zebari, representing the Kurdistan Regional Government of Iraq office in Washington, D.C.; former U.S. Ambassador to Turkey James Jeffrey.

“We welcome this inaugural BDP conference in Washington, D.C., and the opportunity it afforded for meaningful dialogue about Armenian Kurdish cooperation, Western Armenia, and Kurdistan, and, more broadly, the realization of the national and democratic aspirations of the Armenian and Kurdish nations,” said Hagop Der Khatchadourian.