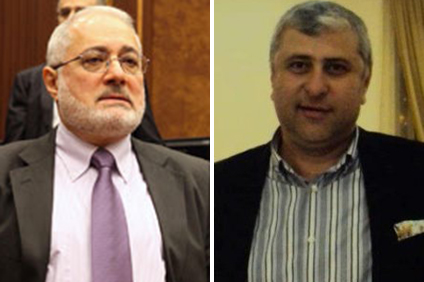 The Chairman of the ARF-D Supreme Body of Armenia, Mikayel Manukyan, will take the place of former Member of Parliament Vahan Hovhannisyan who was recently appointed by President Sargsyan to the post of Ambassador in Germany. The decision was taken at the January 13, 2014 session of the Supreme Body.

From 1986 to 1988, he served in the Soviet army. Manukyan took part in the Karabagh Liberation War from its very start. He was awarded with the Nagorno Karabakh Republic Medals for the Liberation of Shoushi and for Service in the Battle and with the Marshal Baghramyan medal of Armenia.

From 1992 to 2002 he worked as a reporter at Yerkir daily. In 2002 as a member of ARF-D Supreme Body he was in charge of the party’s organizational matters. For the period 2002-2007 and from 2010 until now, Manukyan served as Chairman of the ARF-D Supreme Body of Armenia.

On May 12, 2007, he was elected member of the Parliament with ARF-D’s proportional list.

Manukyan is married and has three children.