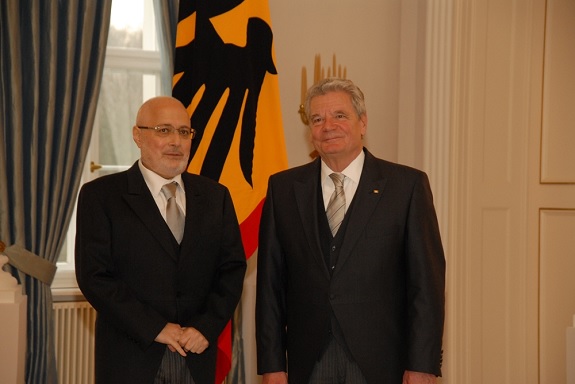 BERLIN (ArmRadio)—Armenian Ambassador to Germany Vahan Hovannisyan officially submitted his credentials to German President Joachim Gauck on Monday in what is a ceremonious gesture before taking seat as ambassador.

President Gauck and Ambassador Hovannisyan discussed what they called the dynamic political dialogue between Armenia and Germany, their deepening cooperation within international organizations, further development of scientific, educational and cultural ties, and the expansion economic relations.

Ambassador Hovannisyan assured, in turn, that he would spare no effort toward that end.