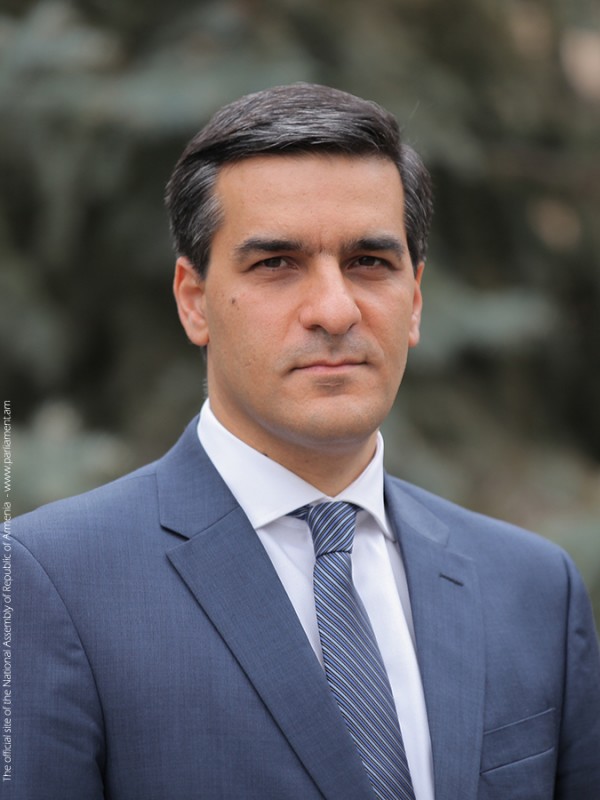 In his final speech the Chairman of the Parliament’s Standing Committee on State and Legal Affairs Hovhannes Sahakyan touched upon his colleagues’ speeches and thanked the parliament for concerned debate and constructive proposals.

In his final speech the HRD candidate Arman Tatoyan thanked the MPs for the effective debate, touched upon their raised questions and concerns. He once again expressed his readiness to cooperate with different bodies, being free from orientation. He has noted that in case of being elected, he will use his whole potential to reach the solution of the problems and protect everybody’s rights.

The Chairman of the Parliamentary ad-hoc Counting Committee Sukias Avetisyan informed that, as a result of secret ballot, the parliament elected Arman Tatoyan the RA Human Rights Defender (Ombudsman) with 96 for and 7 against votes. Mr Avetisyan informed that out of 107 ballot papers 4 were recognized invalid.

(mediamax.am) The position of Armenian Human Rights Defender has been vacant after the resignation of Karen Andreasyan on 12 January.

He graduated from Yerevan State University, Law Faculty in 2002 and in 2004 he obtained a master’s degree from the same faculty.

In 2007 he finished PhD in YSU, Law Faculty, Chair of Criminal Procedure and Criminalistics.

In 2013 he graduated from University of Pennsylvania Law School. Has an honorary master’s degree.

He has been in the position of the Deputy Justice Minister since November 2013.

Arman Tatoyan is the Deputy Representative of the Armenian Government to the European Court of Human Rights since November 2013, international adviser of the Council of Europe’s Project: from 2005, Professor of Criminal Procedure and Criminalistics Department, then Associate Professor. He teaches at the American University of Armenia and the RA Academy of Justice as well.