(ARMENIAN WEEKLY) On April 2, Armenia will go to the polls to elect a new National Assembly (Parliament).

These elections will be the first conducted since the adoption of a new Constitution, granting unprecedented powers to those who are elected, while votes will be cast under rights and oversights provided by what is a new Electoral Code, adopted by most of the participating political parties and blocs.

This article is written to break through the jargon (you have probably recently heard terms like “rating-ayin” and “hamamasnakan”) and to provide a simplified explanation of the processes that will govern and determine the results of the upcoming elections in the Republic of Armenia. 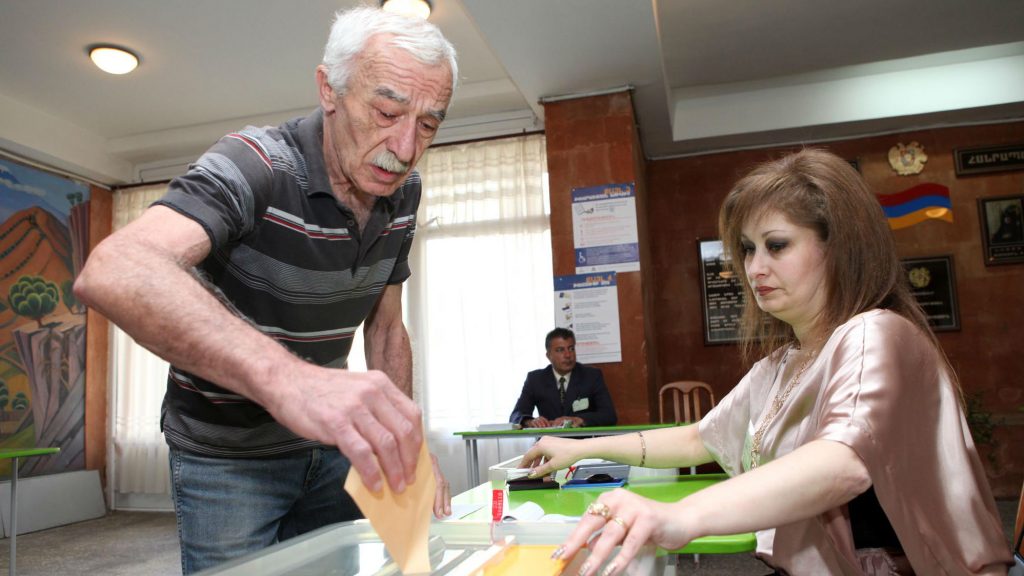 A man casting his ballot in the 2012 Armenian Parliamentary elections (Photo: Photolure)

These elections will be the first conducted under Armenia’s revised Constitution. What does this mean?

And how will MPs be elected to the National Assembly (Parliament) on election day?

Who are the nine parties and blocs that have registered to participate in the upcoming elections?

Official campaigning for the elections begins on March 5. Parties and blocs have already begun revealing their mottos, beliefs, and programs, which will be the subject of much commentary in the lead-up to the polls, including by this author in an upcoming article.