(news.am) The representatives of the ARF Dashnaktsutyun party on Monday met with Armenia’s Lori province voters.

In Shirakamut village, the ARF-D representatives introduced the voters the party program and delivered a speech, as reported by Armenian News – NEWS.am correspondent. 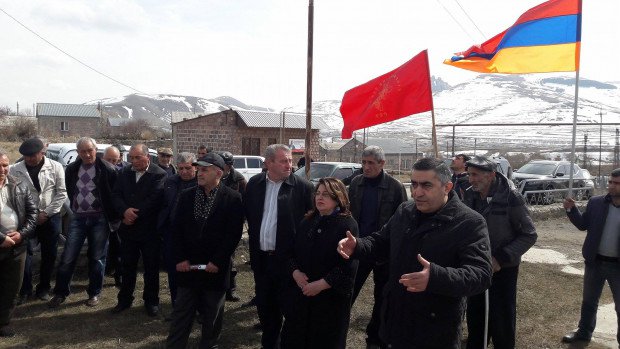 The party representatives stressed that they have stated about the previous shortcomings of the governance system also before. Party representative Armen Rustamyan, for his part, urged the villagers to vote for the ARF-D.

In fact, Armenuhi Kyureghyan, who ranks fourth on the ARF-D list, is from Shirakamut village. This fact created an especially warm environment at the meeting between the villagers and the ARF-D representatives.

The villagers voiced the issues of concern to them, first of all noting that the village lacks a hospital, and half of the village is deprived of drinking water.