(ASBAREZ) YEREVAN—The 10th Pan-Homenetmen Games kicked off Saturday with a parade of athletes in the center of the city setting the stage for the centennial celebrations of the founding of the athletic and scouting organization, which was founded in 1918.

Some 1,250 athletes representing 19 Homenetmen chapters from around the world, including Tehran’s Ararat and Nairi organizations, paraded from Liberty Square in Yerevan’s city center to Republic square led by the Homenetmen marching band and athletes carrying the Armenian tri-color, the flags of Homenetmen, the organization’s Armenia division, commonly known as HASK and the organization’s centennial flag.

Marching in alphabetical order by region, the athletes reached Republic Square where thousands of spectators had gathered to witness the tenth iteration of this biennial event. 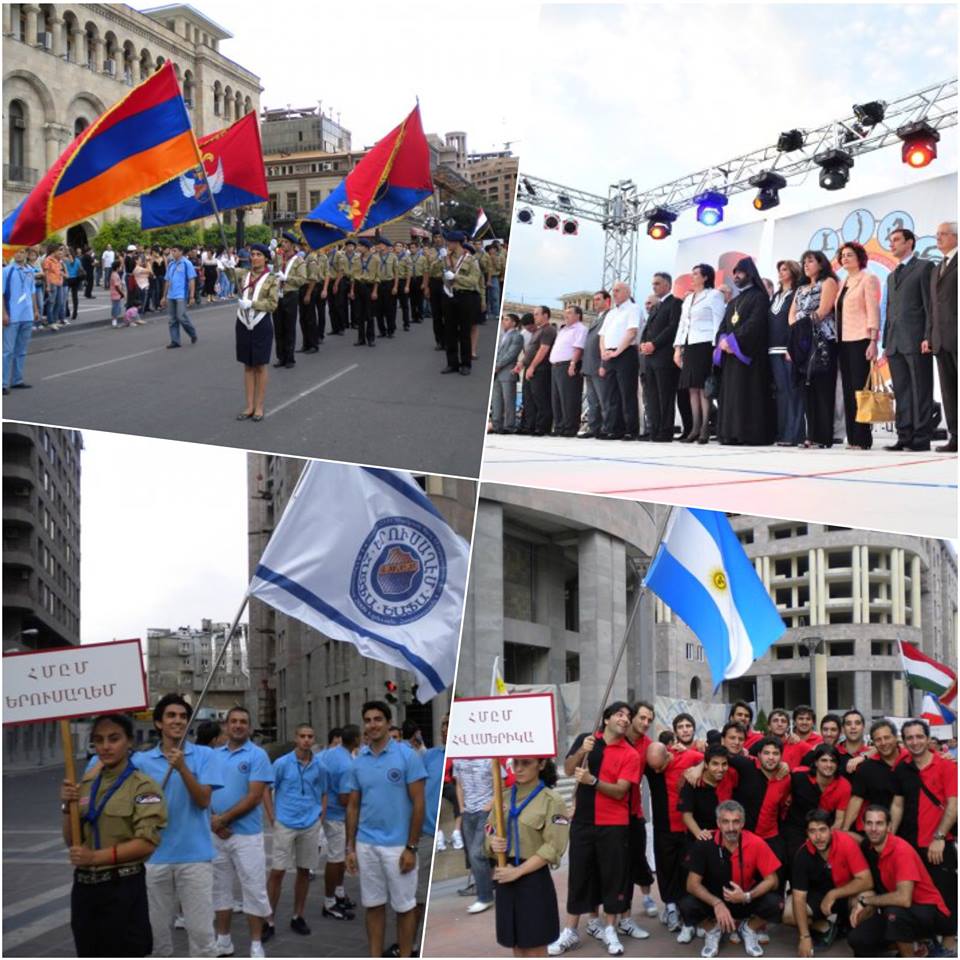 Attending the opening ceremonies were representatives of the Catholicosates of the Holy See of Etchmiadzin and the Great House of Cilicia; Armenia’s Diaspora Minister Hranush Hakopyan; deputy ministers of youth affairs and defense; the political representative of the Armenian Revolutionary Federation-Dashnaktsutyun’s Bureau, Armen Rustamian; ARF-D Supreme Council of Armenia chairman, Aghvan Vartanyan; the ambassadors of Lebanon and Egypt; a large delegation of the South Korea’s national scouting troupe; the honorary presidents of the 10th Pan-Homenetmen Games, Mr. and Mrs. Sarkis and Alice Der-Bedrossian; Homenetmen Central Executive members, past and present; and representatives of Homenetmen regional executives.

This was followed by remarks by the 10th Pan-Homenetmen Games organizing committee chairperson Manuel Marselian, who is also the chairman of the Homenetmen Western Regional Executive. 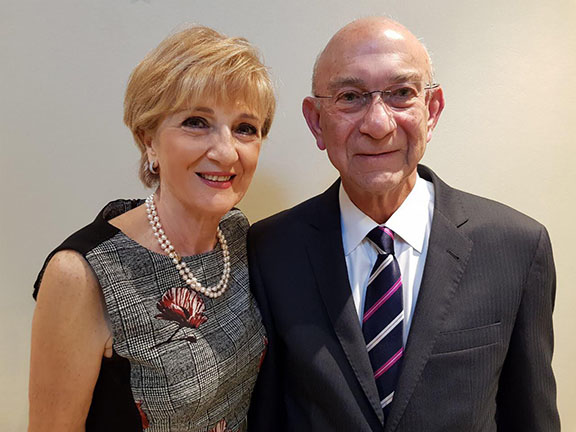 Sarkis Der-Bedrossian, the honorary president of the games, said that Homenetmen is that singular organization that does not age and it is that unique movement that has educated generations of Armenians about the importance of being Armenian and advancing our national issues.

Before the parade of athletes, the participants gathered in front of the National Opera to become acquainted with the rules of the Pan-Homenetmen Games and to meet with organizers and leaders of th event. The athletes then marches to Dzidzernagapert Armenian Genocide Memorial, where the Pan-Homenetmen torch was lit from the eternal flame at the memorial complex.

The opening ceremonies concluded with an outdoor concert, featuring many popular Armenian singers and fireworks, which lit up the Yerevan sky.