(ARMENIAN WEEKLY) The Armenian Revolutionary Federation-Dashnaktsutyun (ARF-D) Central Committee of Lebanon is urging Lebanese citizens around the world to register to vote in the country’s general election, slated for next year.

Lebanese legislators ratified a new parliamentary election law in June that will allow Lebanese in the Lebanese Diaspora to vote from their countries of residence instead of having to travel to Lebanon. 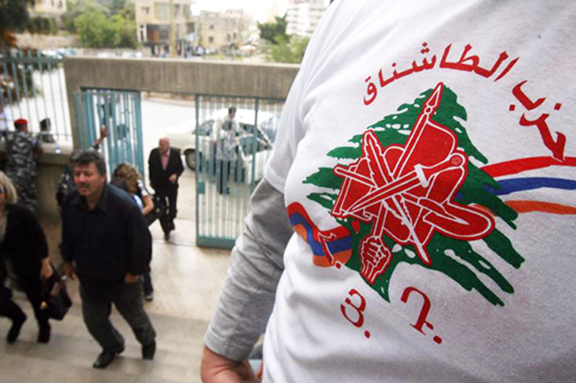 The ARF-D Central Committee of Lebanon is urging Lebanese citizens around the world to register to vote in the country’s general election slated for next year (Photo: Haitham Moussawi)

“It’s important to note that the new proportional representation election law creates many opportunities to ensure that the Lebanese Armenian community is true, and accurately represented,” read a part of the ARF-D Central Committee’s announcement.

Many have argued that the newly adopted system will likely be more inclusive than the majoritarian system that Lebanon has used since its independence. Lebanon’s Ministry of Foreign Affairs and Emigrants has set a Nov. 20 deadline for Lebanese citizens living outside the country to register to vote in the 2018 election.

“The vote of each Armenian—whether in or out of Lebanon—is crucial for our success in the upcoming election,” read another part of the statement, which also promised that the ARF-D will defend the rights of the Armenian community.

The general election is set for May 6, 2018, though it it yet unclear when voters in the diaspora will cast their ballots.

The ARF-D has been an active political party in Lebanon since the 1920s. The party is considered to have the biggest political support in the Lebanese-Armenian community, and is part of the March 8 Alliance in Lebanon.

The ARF-D currently has two seats in Lebanese Parliament. Party member Avedis Gidanian is the country’s minister of tourism.

To register for the 2018 general election, visit https://diasporavote.mfa.gov.lb/.