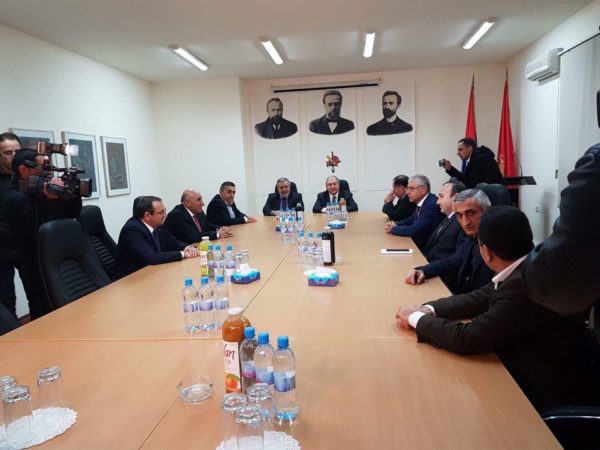 The ARF Bureau’s political representative Armen Rustamyan told reporters following the meeting that he and fellow party members had discussed with Sargsyan issues pertaining to Armenia’s domestic and foreign policy, as well as matters surrounding his candidacy. “The ARF sees no obstacles in supporting Armen Sargsyan’s candidacy,” Rustamyan noted.

Before the start of the meeting Sargsyan—who was nominated by the Republican Party of Armenia (RPA)—did not confirm with journalists whether he would accept President Serge Sarkisian’s nomination.

“I will meet all the parties represented in the National Assembly, as well as representatives of all political parties, NGOs, as well as cultural, scientific, and educational organizations. After that I will make my decision and be sure that I will answer all your questions gladly,” Sargsyan reportedly told reporters after the meeting with ARF Representatives.

On Jan. 19, Armenian President Serge Sarkisian recommended Sargsyan as the RPA candidate for the Armenian presidential elections of 2018, after which the presidency will become a ceremonial role rather than in the current model, which lays much of the executive powers (including total say in defense and foreign policies) in the hands of the president. Starting this year, the president will also be elected by the National Assembly (Parliament) rather than by a general election, which is currently the case.

Sargsyan served as prime minister of Armenia from Nov. 4, 1996 to March 20, 1997. Previously, he had been Armenia’s ambassador in London. He has also served as the Armenian ambassador to the European Union, Belgium, the Netherlands, Luxembourg, and the Holy See. 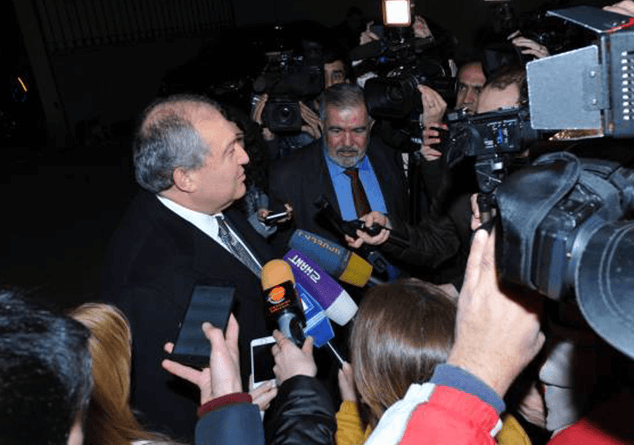