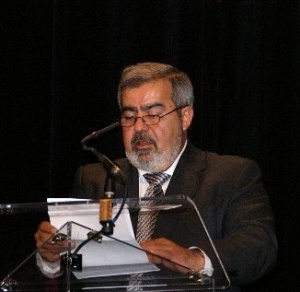 The Armenian Revolutionary Federation’s 119th anniversary was solemnly marked at the Sundukyan Theater in Yerevan on December 21. ARF-D Bureau chairman Hrant Margaryan was the keynote speaker at the event.

Margaryan focused on the recent events stemming from the signing of the Armenian-Turkish protocols on establishing diplomatic relations. Margaryan slammed Turkey’s hostile position towards Armenia from the beginning of the Artsakh conflict. He also spoke of Turkey’s policy of denying the Armenian genocide.

“We are not anti-Turkish, and the other side [supporting the protocols] is not pro-Turkish,” Margaryan said. “We are against Turkey’s denialist position, Turkey’s anti-Armenian policies, but we are for Armenian-Turkish relations and the opening of the border. We are against humiliating conditions, or any preconditions.”