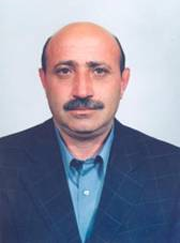 Kamo Martirosyan was born in 1960, in the village of Noragyugh, in the region of Askeran of Mountainous Karabakh. He received his post-secondary degree as a geological engineer from Yerevan’s Polytechnic Institute.

1985-1992: Worked as inspector engineer for construction at the Acrigultural Production’s inter-agency oversight department.

1992-1993: Took part in the self-defense forces of Karabakh in the reconnaissance division as head of a unit.

1998: From May to September he worked in the region of Shahumian as an architect.

2003-2007: Worked at the Tufenkian Charitable Organization as program manager for construction.

2007-2008: Head of the MKR government’s agency for migration, refugees and resettlement.

2008-2010: Head of the administrative district of Kashatagh in MKR.

On May 23, 2010 Kamo Martirosyan was elected to the MKR parliament through a single-seat (majoritarian) mandate for electoral district 16.

On June 10, 2010 he was elected Deputy Chair of the MKR Parliamentary Standing Committee on Financial-Budgetary and Economic Governance.

He is a member of the ARF-D parliamentary faction.

He is married and has three children.