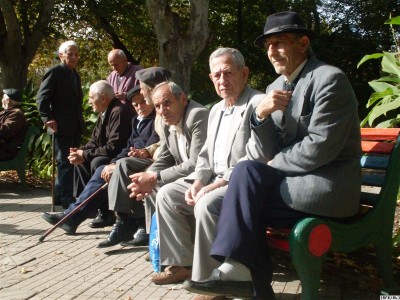 YEREVAN — The ARF-Dashnaktsutyun faction in the National Assembly has been voicing serious concern with the government’s decision to privatize pension funds in the country.

Mandatory retirement contributions now go into a public pension pillar; workers born before 1970 can opt to remain in the existing pillar, but younger workers will not have the choice; they will have to take part in the mandatory private individual pension accounts.

The current system, while flawed, still protects retirement funds from financial-market risks. The government is able to link benefits to the cost of living, protecting retirees from inflation. In comparison to a private pension fund system, the plan has significantly lower administrative costs than private accounts.

The proposed privatization requires a well-developed bond market, which doesn’t exist in Armenia. It also requires the administrative capacity to record, manage, regulate and supervise the private pension accounts, a capacity that Armenia does not have.

“Let’s clarify who is in favour of adopting this pension reform model in our country. There are those who are in favour because of their official position; others because they might have some vested interest in its adoption and the third group are those who have not fully understood its ramifications,” Ara Nranyan, a member of the ARF-Dashnaktsutyun Parliamentary faction recently said. The parliamentarian went on to say that one of the godfathers of this proposed pension reform had said that the time was right to adopt it taking into consideration the demographic crisis in the country, the quickly ageing population and the existence of an authoritarian state.

“In this manner, the state is telling the worker to go and receive his/her pension from the private sector,” Nranyan explained. The concern is that the amounts will be a pittance because under the new proposal only 10 percent of a worker’s income tax will go toward his/her future private pension accounts and even those amounts will be at risk.

This new law will place greater responsibility of payment upon the worker and will place more pressure upon the state budget. Ultimately, this will mean that the citizen will end up paying more than what he/or she will be able to receive upon retirement. “Our calculations have shown that our citizens will not receive those pensions, which they are expecting, and those workers who will end up receiving their pensions from the state budget will be receiving more than those who were forced to participate in the mandatory private pension pillar,” Nranyan explained. “It is better if all the pension remittances were directed toward a state fund through which pensioners would be paid.”

Ara Khanjian, who has represented the ARF-Dashnaktsutyun in the Socialist International Committee on Economic Policy, Labour and National Resources, said that along with total privatization of the pension system, the National Assembly has also radically changed the income tax system in Armenia. “The new income tax is extremely unfair to the poor and lower income families. Before the change in the income tax, about 30,000 AMD, the minimum wage was deducted from the income of the employee in order to generate the income which is taxed or the taxable income. The new income tax law eliminates the deduction of any amount from the income,” Khanjian explained. He went on to say that this was extremely unfair, because if someone earns about 40,000 AMD (slightly more than $100 US), then that person has to pay about 25% income tax, which is 10,000 AMD. “This person has to cut his/her spending on food and other necessities in order to pay the income tax. For this reason all over the world, income taxes of almost every country allow the deduction of certain amount, usually equal to the poverty line.”

The reason the government has implemented this incredibly unfair tax system, according to Khanjian is because currently a very large number of employees claim that their monthly income is less than 30,000 AMD (the minimum of cost of living), and thus they evade paying income tax. “Therefore, in order to reduce tax evasion of employees, the government decided to punish the poor and eliminate deductions from their income,” said Khanjian. “This explanation should be unacceptable, because the government instead of penalizing the poor and lower middle class should make a serious effort to collect taxes from businesses, companies and rich, powerful families. If the government aggressively tries to collect taxes from large businesses, then the rich will have the incentive to declare to the government the amount of wages and salaries that they are paying to their employees, because wages and salaries are costs to the businesses and they could deduct them from their revenue and reduce the amount of taxes that they have to pay. In democratic and developed countries it is very difficult for the employees to hide their income and evade paying taxes, because the government makes a serious effort to collect the taxes from businesses.”