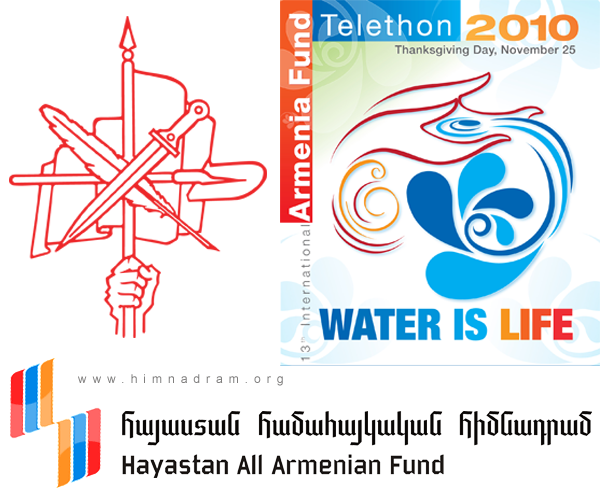 The Bureau of the Armenian Revolutionary Federation-Dashnaktsutyun issued a communiqué Tuesday urging all Armenians to take part in the upcoming (U.S.) Thanksgiving Day Armenia Fund Telethon.

Below is the translated text of the communiqué:

The fundraising activities of the Hayastan All Armenia Fund have already begun and will conclude with the annual Armenia Fund Telethon, which will take place on November 25 in the United States.

The goal of the fundraising effort remains the same: to take part in the development and economic advancement of Artsakh, and more specifically, this time to support the water distribution infrastructure program of the Republic of Mountainous Karabakh.

Artsakh was liberated by the brave freedom-seeking Armenians of Artsakh and through the solidarity and support demonstrated by the entire Armenian nation to the liberation struggle. Today, the Republic of Mountainous Karabakh is a reality and it deserves to be the object of the attention and care of the Armenian people.

Thus, any financial contribution to Artsakh has moral value in the political sense. It is the expression of the continued pan-national support for the liberation Artsakh.

Artsakh’s liberation will become final when it takes its rightful place in the international community as an independent state. In order to achieve this goal, it is important for the entire nation to proactively place all capabilities toward this effort.

It is for this very reason that the number of those who participate in the fundraising effort is more important than the amount collected, to demonstrate the collective will of the Armenian nation.

As such, we call on all to take part generously in this fundraising effort.