Despite promises made by the government that no changes will be incorporated in Armenia’s language law, the parliamentary Standing Committee on Science, Education, Culture, Youth and Sport decided to bring the revised piece of legislation before a full session of parliament next week. 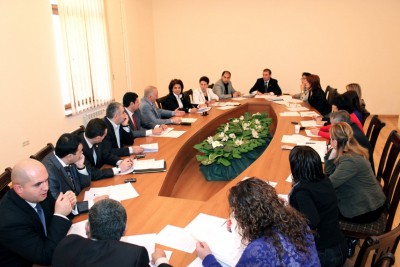 The National Assembly in June adopted, in the first reading, controversial legal amendments proposed by the government allowing for the existence of a limited number of foreign-language schools in Armenia. Those amendments also concerned the Law on Language. 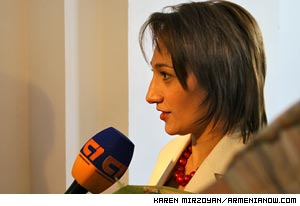 The ARF-D parliamentary faction and Lilit Galstyan who is a member of the Parliamentary Standing Committee on Science, Education, Culture, Youth, and Sport, vehemently opposed the proposed amendments, arguing that the Law on Public Education provides enough legal basis for such schools to exist.

The move was also met with protests from the public and other civil society circles opposed to the opening of such schools in Armenia. Their overriding concern was the potential threat to the status of the Armenian language.

Responding to the mounting pressure, the government amended the bill twice and then promised that no change would be made in the language law when the package was to be voted on in the second and final reading in the autumn.

But in what seems to be a contradiction to that promise, the parliament’s standing committee on Wednesday decided that changes in the language law would still be in the package to come up during the four-day parliamentary session next week. The package includes changes to the Law on Public Education.

The discussion in the committee session revealed that an article according to which “the peculiarities of the realization of international educational programs are determined by the law on general education” is to be included in the language law.

“In essence, if they will allow for foreign-language instruction in a given public school, when the Law on Language says that the official language of public education is Armenian, it is in contradiction to any political logic,” Lilit Galstyan said. “They are opening the gates to allow for foreign-language instruction to be organized in the republic.”