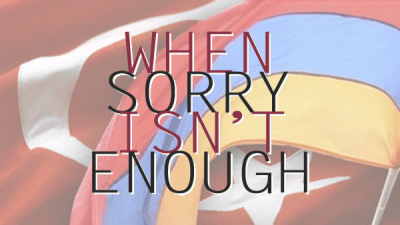 The International Human Rights Law Association (IHRLA) at the University of California, Los Angeles (UCLA) hosted a conference entitled, “Genocide and Then What? The Law, Ethics, and Politics of Making Amends” on Saturday, October 23, 2010 at UCLA’s Dodd Hall.

The conference featured a soon to be released report which explores the legal, ethical, and political aspects of justice for the Armenian Genocide. This independent study was made possible by a grant from the Armenian Revolutionary Federation-Dashnaktsutyun.

The authors presented at the conference and were joined by fellow scholars in related fields who gave comment on the subject and the report’s findings.

“The International Human Rights Law Association is very interested in bringing in topics that are of interest not only to our student population, but also the law school community at large,” noted Keiara Auzenne, President of the IHRLA.

The report study group was led by Dr. Henry Theriault, Professor and Chair of the Department of Philosophy at Worcester State University. Theriault’s work explores the ethics of reparations for crimes against humanity. He joined Auzenne in opening the conference with an introduction to the reportand its authors.

Following the introduction, Dr. Alfred de Zayas, presented his work on the legal backbone for justice and restitution for the Armenian Genocide. De Zayas is the former chief of petitions at the Office of the United Nations High Commissioner for Human Rights in Geneva, retired secretary of the UN Human Rights Committee, and former senior counsel with the Office of the UN High Commissioner for Human Rights. He recently published “The Genocide Against the Armenians, 1915-1923, and the Relevance of the Genocide Convention.”

Ara Papian, another of the report’s authors, discussed treaty law and its impact on Armenian Genocide. His work focusing on the Wilsonian arbitration following the genocide generated several follow up questions from audiencemembers and fellow conference panelists.

Drawing in his field expertise in long-term as well as transitional justice, Dr. Jermaine McCalpin, another of the report’s authors and Professor of Government at the University of the West Indies, noted that truth and justice are the cornerstones of reconciliation in the case of the Armenian Genocide. McCalpin has conducted research in this field covering cases from US slavery, Native American extermination, and the Armenian Genocide. 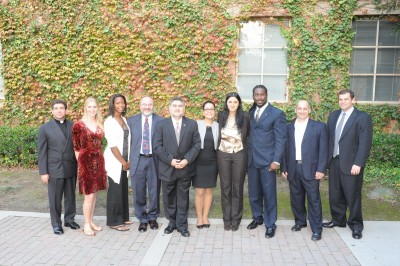 Several noted specialists commented on the report’s findings during the second, third, and fourth panels.

Holocaust reparations and human rights legal scholar, Michael Bazyler discussed the pursuit of restitutional justice for and by victims of the Holocaust.

The afternoon panels featured ethicist Dr. Armen Marsoobian from Southern Connecticut State University who discussed the issues of trans-generational response to the Armenian Genocide as well as the important implications between accepting responsibility versus taking responsibility for this crime against humanity.

Graduate students and doctoral candidates, Khatchig Mouradian (Genocide and Holocaust Studies at Clark University) and Ayda Erbal (Department of Politics at New York University) discussed Turkish efforts, from the government to civil society, to address the Armenian Genocide and engage the Armenian community within its own borders, in the Republic of Armenia, and the diaspora.

In concluding the event, Dr. Theriault invited academics on the panel and the audience to continue to provide comment on the report in advance of its formal release. The event was made possible by the generous support of on-campus funding boards. The Armenian National Committee of America-Western Region also supported the event with an educational grant. The Armenian National Committee of America-Western Region is the largest and most influential Armenian American grassroots advocacy organization in the Western United States. Working in coordination with a network of offices, chapters, and supporters throughout the Western United States and affiliated organizations around the country, the ANCA-WR advances the concerns of the Armenian American community on a broad range of issues.