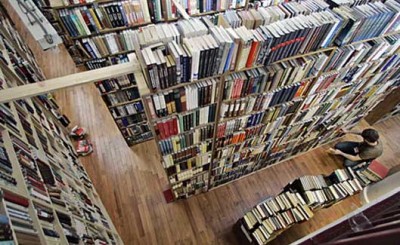 From ARF-D parliamentary member Lilit Galstyan’s interview with Hrabarak on November 3 prior to parliamentary hearings on the condition of libraries in the Republic of Armenia.

Today in Armenia there are 1600 libraries of which only 13 are under the jurisdiction of the Ministry of Culture. The rest are under the jurisdiction of regional or community authorities. The law on Local Self-Governing Bodies places libraries under the authority of local bodies and consequently issues facing libraries are always on the bottom of the agenda in terms of their financing and in general regarding any attention prescribed to them. Community libraries are the most vulnerable often times deprived of decent buildings, heating, and restocking capabilities.

This past week was dedicated to libraries and a series of events entitled, “The View from the Village Library,” was organized. Lilit Galstyan who is also a member of the Parliamentary Committee on Science, Education, Culture, Youth and Sport said that crippling shortcomings in the library system have emerged. “It is thanks to the enthusiasm of librarians that libraries in the villages are hanging on. We saw images where a library and a hencoop were in the same vicinity,” she said. According to some, the disastrous state of libraries is conditioned by the absence of regulations and laws in that particular sector.

It appears that the state is trying to improve the situation. On April 27, 2009, the draft Law About Libraries and Library Activities was presented by the government but did not receive the positive response from the Parliamentary Committee on Science, Education, Culture, Youth and Sport. The government was told to redraft the legislation but it was presented once again in its original form.

On November 4, through the efforts of ARF-D parliamentarian Lilit Galstyan parliamentary hearings were held on the Law About Libraries and Library Activities and the draft amendment to the Law on Mandatory Legal Documents. Representatives from the sector, both local and regional, including librarians were invited to take part in the hearings. “The sector is very vulnerable. Close to 90 percent of libraries are not restocked and do not have any heating,” Galstyan said. The parliamentary hearings attempted to refine and define constructively the proposed legislation to ensure the protection of libraries.

In 2012, Armenia will be celebrating the 500th anniversary of the first printed Armenian book. Ms. Galstyan reflected that it is indeed a sad reality when such a rich tradition and heritage is not protected through legislation, and only those libraries which fall under the jurisdiction of the Ministry of Culture have protection. The parliamentary hearings was able to shed light on the critical state of libraries in the Republic of Armenia and will hopefully lead to fundamental changes in legislation, which will not only protect libraries but will contribute to the improvement of their conditions.