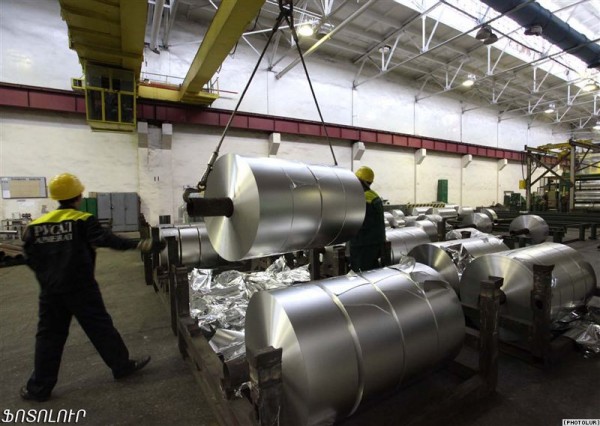 YEREVAN–A 2.6 percent growth in Armenia’s economy in 2010 reported on Wednesday by the National Statistical Service only benefited “oligarchs and the state budget,” while normal people experienced a sharp decline in wages and living standards, an economist and parliament deputy from the opposition Armenian Revolutionary Federation-Dashanktsutyun said Wednesday.

“When we look at real life and people’s living standards, we see that there has been regress,” Artsvik Minasyan said. Earlier this week, he spoke to reporters at a press conference, where he discussed the disparities between the NSS reported inflation rate of 9.4 percent and real inflation figures estimated at 12 percent. 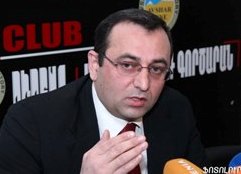 “The hand-to-mouth subsistence, on which inflation rates are estimated today were calculated in 2005. Consumers’ behavior has changed a great deal since then, but this is not taken into account in calculation of inflation,” he said. “The fluctuations in foreign exchange rates are also not taken into account and studies on certain goods are conducted before the actual increase in their prices.

Armenian Prime Minister Tigran Sargsyan, however, took a different spin on things. Speaking to officials from the National Competitiveness Foundation on Wednesday, he predicted accelerated economic growth in the year ahead stemming from what he called “very serious changes” in the structure of the Armenian economy that will yield double the amount of growth projected by his government in late 2009.

Sargsyan argued that the economy is no longer excessively dependent on construction, the main driving force of pre-crisis growth. That dependence has been widely blamed for a more than 14 percent fall in GDP in 2009. His government, as well as the International Monetary Fund and the World Bank expect GDP growth to accelerate to 4.6 percent this year. The World Bank has said it could reach almost 5 percent in 2012.

The NSS report did, however, highlight that throughout 2010 the Armenian economy’s renewed growth was primarily driven by industry and, in particular, its mining sector, which strongly benefited from a rally in international prices of non-ferrous base metals. Data from the NSS show the country’s industrial output, which generated almost one-quarter of Gross Domestic Product, rising by 9.7 percent.

According to the NSS statistics, overall economic growth exceeded 6 percent in the first half of 2010 and slowed down significantly in the following months because of a 14.5 percent drop in agricultural production caused by bad weather. A continuing crisis in the Armenian construction sector was also responsible for the slowdown played down by the government.

Minasyan pointed to the concentration of economic activity in mining and industry as further as proof that Sargsyan’s government has made no genuine effort to diversify the economy. “The Armenian government is not ready and willing to make radical changes in its socioeconomic policy,” he said.

A couple of days earlier, Minasyan had criticized Yerevan Mayor Karen Karapetyan’s decision to close down street trading. Minasyan said the clamp-down was ill-timed and may lead to increase in poverty and unemployment level. As he told a news conference in Yerevan, the decision was unjustified, as the Mayor’s Office failed to provide alternative possibilities for street vendors. “The Armenian government had to take steps in order to compensate the vendors and provide them with jobs upon the closure of street markets,” Minasyan asserted.

At another meeting with the press, Artsvik Minasyan said rising gas prices without taking into account consumers’ ability to pay can result in reduction of gas volume used in Armenia. He noted that growth in gas prices will impact country’s economy and industry, as well as public services sector.

The ARFD member reminded the reporters that he had suggested setting up an interim committee to offer precise steps aimed at suppression of any gas price hike.