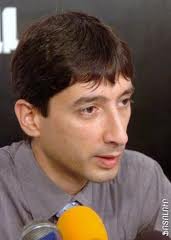 ARF-D Member of Parliament Ara Nranyan believes that states are not build on populism. “You have to be firm and consistent. If we declare that we want to take the road that leads to integration in the European Institutions then we have to apply the law” he argued. Nranyan stressed that officials in high places, policemen, parliamentarians and others violate the restrictions provisioned in the law and said that often police forces do not halt SUV cars when sadly many times the driver is a 12 or 13 years old child. 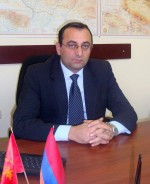 ARF-D Member of Parliament Artsvik Minasyan talked about the level of fines posed to those violating the driving law. He said that the problem of educating people on how to drive comes from the police forces not being consistent with the law and not from the low level of fines. Minasyan said that the state much work must be done in the state’s way of thinking and acting. According to the ARF-D MP the state doesn’t collect the fines because they are low and will do so as soon as they rise. Minasyan also cited the double standards applied by the police forces and how that negatively affects the citizen.