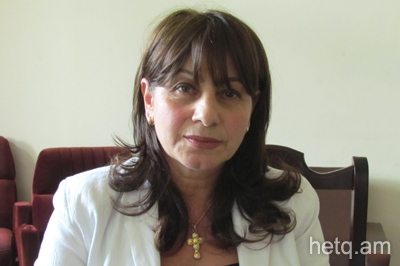 ARF-D Member of Parliament Ruzan Arakelyan summarizing 2011’s major events stated that there are serious issues to concern when it comes to the Mountainous Karabakh conflict though the Armenian side hasn’t made any setbacks. In the field of foreign affairs, Arakelyan highlighted Uruguay Foreign Minister Luis Almagro’s conviction that Mountainous Karabakh has been a “part of historic Armenia and it must be independent and in a short while be unified with Armenia independence”. Commenting on the Armenian-turkish protocols the ARF-D MP said that they are not in the best interest for Armenia no matter if they are in a frozen state at the moment and she said that Armenia should withdraw her signature from them. On the internal affairs, Arakelyan made a special reference to the “Vote is Power” movement, initiated by ARF-D and aiming to a fair elections procedure. She stressed that as long as people in Armenia face social issues and seek for a better life abroad, fair elections cannot be expected. Arakelyan said that the reapprochement between the authorities and the Armenian National Congress was a failure and that although expectations were high, they were never delivered.