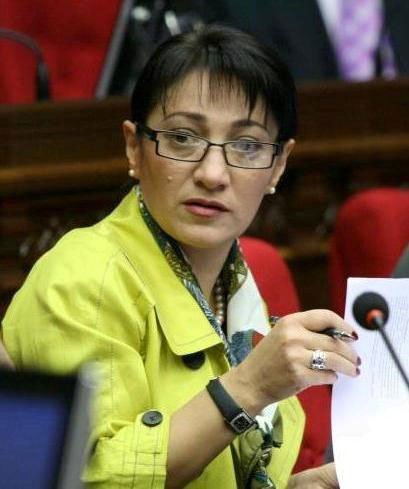 ARF-D Member of Parliament Lilit Galstyan in response to her ARP (Armenia’s Republican Party) colleague Vardan Ayvazyan’s remarks about emigration being a positive development because of the foreign transfers coming in the country, said that perhaps this assumption could apply in countries such as China where the population is large and the export of labor has its positive effects. But Armenia is nothing near China, said Galstyan and reminded a UN’s analysis according to which due to low birth rate and emigration, Armenia’s population is estimated to decline to 1.5 million, by 2025. The ARF-D MP underlined that emigration poses a threat to national security and even one immigrant is too many. Asked by www.lragir.am Galstyan said that even if emigration is considered as an exporting good by the government, as was suggested by Ayvazyan, then the government has done nothing about it and she pointed out that there is no statistical data since 2007. While in the meantime, the Russian Federation with the government’s silent consent is driving the labor force out of Armenia. Moreover, the money-influx approach isn’t right either. In 2007, the transfers were lower than 2006 and that is explained by the fact that now people are fleeing the country with their entire family. The answers to this phenomenon can be found in the policy that the government runs, said Galstyan.