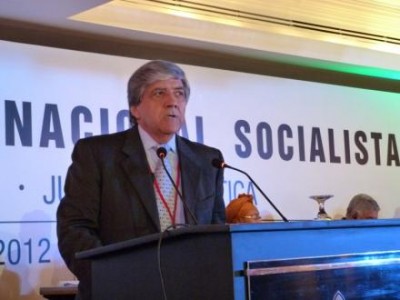 The Council of the Socialist International met in San José, Costa Rica, on January 23-24, hosted by the National Liberation Party (PLN), bringing together more than 170 leaders and delegates from 60 social democratic, labor and socialist parties from around the world. Among them was Mario Nalbandian, ARF-D Bureau Member and Co-chair of the Socialist International Committee for the CIS, the Caucasus and the Black Sea countries.
The Council’s agenda included the current financial crisis and climate change, key questions in the concerns of the global social democratic movement today as well as the strengthening of the Socialist International, as the organization approaches its XXIV Congress this year.
As stated in the SI’s press release “following the conclusion of a constructive debate on the global economy, a resolution of the Council was adopted unanimously, outlining the priorities of the organization at this juncture and in the medium to long-term, to redress the world economy in line with the objectives of recovering real growth, increasing employment, achieving stability and overcoming the sovereign debt crisis and its harmful effects in the rest of the economy. The document argues in favor of the redesign of global financial institutions, the effective regulation of the financial sector, new instruments for development and sustainable growth, addressing the eurozone crisis beyond austerity, and increasing competitiveness while defending social protection and investment in green growth”. 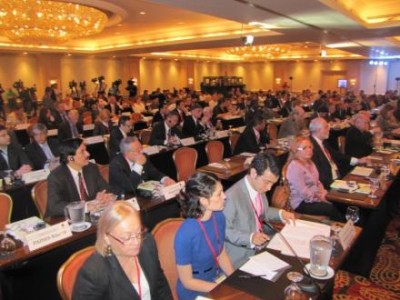 Furthermore, the Council approved a statement on the freedom of speech and independence of the judiciary in Turkey, supporting the SI member parties in that country and condemning the arrests of the BDP members and the suit against the leader of the country’s main opposition People’s Republican Party (CHP).
The ARF-D representative addressed the audience and held various meetings with delegates discussing issues of concern for the Armenian people.
ARF-D is the only one among the CIS countries to hold a full SI membership status. Its youth and women branches are also full members in IUSY and SIW respectively. ARF-D Bureau member Mario Nalbandian serves as Co-chair of the Socialist International Committee for the CIS, the Caucasus and the Black Sea countries and ARF-D member Maria Titizian as Vice President of the organization.

The Turkish judiciary has taken the deplorable decision to launch a probe against Mr Kemal Kılıcdaroğlu, the leader of Turkey’s main opposition People’s Republican Party (CHP). The public prosecutor asked for the revocation of Mr Kılıcdaroğlu’s parliamentary immunity in order to charge him with ‘attempting to influence a fair trial’ and ‘insulting public servants on duty’ following remarks Mr Kılıcdaroğlu made after a visit to two elected CHP MPs, Mr Mustafa Balbay and Mr Mehmet Haberal, who have been held in pre-trial detention for several years as suspects in the Ergenekon case.

This move by the public prosecutor is the last part of a long term of oppression on any dissenting voice since 2007. The list comprises students demanding free education to environmental activists struggling against hydroelectric power plants in the Black Sea region. In Turkey there are currently over 3500 web sites banned by court ruling. According to the Progressive Journalists’ Association there are currently over 60 journalists in prison. In addition tens of elected officials of the BDP are being detained as part of the notorious KCK trial that has been going on since 2009. Following the referendum of 12 September 2010, supported by many in Europe, which claimed to make the judiciary more independent and its composition more representative, the judiciary only became more linked to the government. Regrettably, the separation of powers is no more in Turkey: the judiciary branch has been seized by the executive branch.

Freedom of expression is a basic value in democratic societies and any act against this freedom is unacceptable for the socialist, social democrats and progressive forces around the world.

The Turkish government should respect freedom of speech and the independence of the judiciary and protect democratic values and human rights in Turkey.