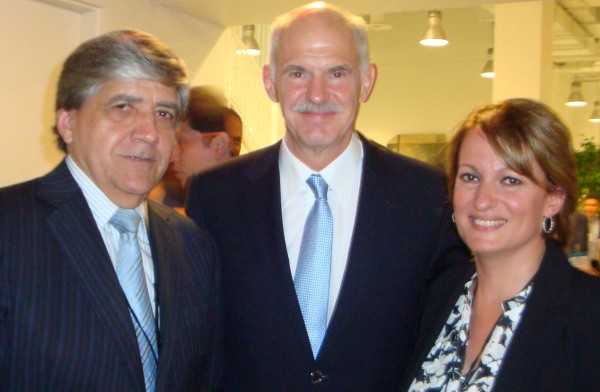 The XXIV Congress of the Socialist International took place from August 30 to September 1 2012 in Cape Town, South Africa. Over four hundred participants from more than one hundred political parties and organisations gathered for the event that took place under the heading of ‘For a New Internationalism and a New Culture of Solidarity’.

The Congress was hosted by the African National Congress (ANC) in the year of its 100th anniversary, the first Congress in the history of the International to take place in Africa. ARF-D was represented by Bureau member Mario Nalpandian.

The agenda included four key themes: ‘For an economy with jobs, growth and social protection: the social democratic response to the financial crisis’; The struggle for rights and freedoms: strengthening representative democracy and gaining new democracies in the world’; ‘For a common road to peace, sustainability and cooperation: the need to secure multilateralism’; ‘For a new internationalism and a new culture of solidarity among people and between nations’. Much importance was also drawn to the elections that would take place with the newly amended statutes. Having no opponent, SI President and PASOK former President and Greece’s former Prime Minister George Papandreou was re-elected to the seat. Candidates for the post of Secretary General were incumbent Luis Ayala and Vice-President of the SI, Mona Sahlin from the SAP, Sweden. Ayala was also re-elected.

From the “Other Europe” region Nalpandian was elected as Vice President as well as Kemal Kiliçdaroğlu, Head of the CHP party in Turkey, Marian Lupu President of the Moldovan Parliament and Helga Pedersen, Deputy leader of the Norwegian Labour Party.

The Congress also ratified the Council’s decisions about upgrading to full membership the status of “A Just Russia” party and to consultative membership the pro-Kurdish BDP party of Turkey.

Georgia was represented by the “Social Democrats for the Development of Georgia“ party. After the expulsion of Azerbaijan’s Social Democratic Party there is no other member to represent that country.

The Socialist International is the worldwide organization of social democratic, socialist and labor parties. It currently brings together 170 political parties and organizations from all continents. Up to this last Congress, among the parties of the CIS, ARF-D was the only one to hold a SI full membership status.

ARF-D member Maria Titizian was one of the SI Vice Presidents and ARF-D Bureau member Mario Nalbandian was the CIS, Caucasus and Black Sea Committee’s co-chairperson.