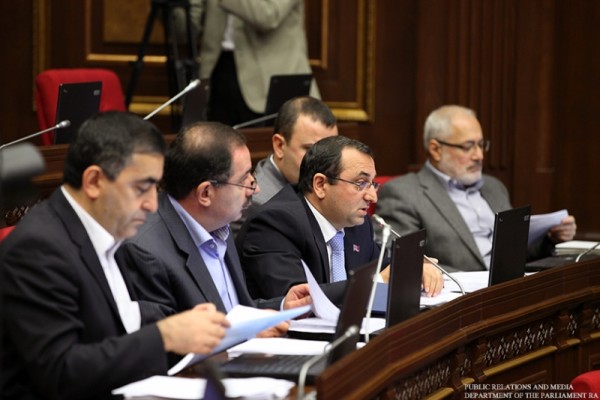 In reference to the 2013 state budget parliamentary hearings that began on October 30, ARF-D member, Artsvik Minasyan said that the proposed draft is neither bold nor aims at solving the challenges that the country is facing, at the moment. “The biggest challenge in Armenia is about creating jobs and it seems like the state budget is not involved in it” said Minasyan and added that there is no state financing for the civil works program.

Minasyan pointed out that, with this budget no one can claim an increase of the living standards. “On the contrary, salaries do not increase, subsidies and pensions stay on the same level and all these lead us to the conclusion that next year, living standards in Armenia will be lower than in 2012. Because the inflation is still there and if there are no equivalent income raises we will remain on the same level if not, make steps backwards” he argued.

As far as the tax on income is concerned, no actual policy is implemented. In particular, Minasyan said that the taxation of the minimum salary and the changing of rates, will only contribute to the growth of the shadow economy.

From a demographic point of view, the situation will get even worse because there is no connection whatsoever between the draft of the budget and the concept of demographic policy said Minasyan and underlined that the draft foresees a deepening of the population’s ageing.

In conclusion, he said that this budget will bring no progress to Armenia’s economical, social, cultural or other sectors.