The Peak Public Affairs Committee of the Armenian-Australian Community 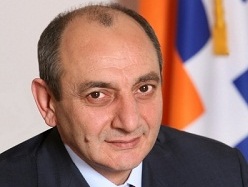 SYDNEY: The President of the Republic of Nagorno Karabakh, Bako Sahakyan, personally extended his gratitude on behalf of his nation to the Armenian National Committee of Australia (ANC Australia) and to the state of New South Wales.

During a telephone call arranged between Sahakyan and ANC Australia Executive Director Vache Kahramanian, Sahakyan thanked ANC Australia for its efforts in leading the successful drive for NSW’s recognition of the Republic of Nagorno Karabakh and its people’s right to self-determination – the motion passed unanimously in the Legislative Council last week.

Kahramanian assured President Sahakyan that “the Armenian National Committee of Australia and its network of organizations around the world will continue their advocacy efforts in ensuring the international recognition of Nagorno Karabakh.”

“Karabakh is always in our minds and the Armenian-Australian community has and we will always provide steadfast support to the government and people of this proud nation.”

“Nagorno Karabakh has been at the forefront of ANC Australia’s recent activities. Today’s result is a victory for all those who continue to remain oppressed under brutal regimes,” Kahramanian remarked.

“The NSW Parliament has always been, and continues to be, a beacon of hope in upholding human rights. We thank all members of the Legislative Council for taking a stance to uphold the basic human right to self-determination. In particular we thank Marie Ficarra for her courageous stance.”

Soghomonian said: “The Republic of Nagorno Karabakh is now receiving the status it has long deserved – an independent, democratic republic. This is a significant milestone for the Armenian-Australian community and the Armenian community at large.

He added: “This motion serves as a testament to the strength of the Armenian National Committee of Australia in ensuring the representation of all issues of importance to our community.” 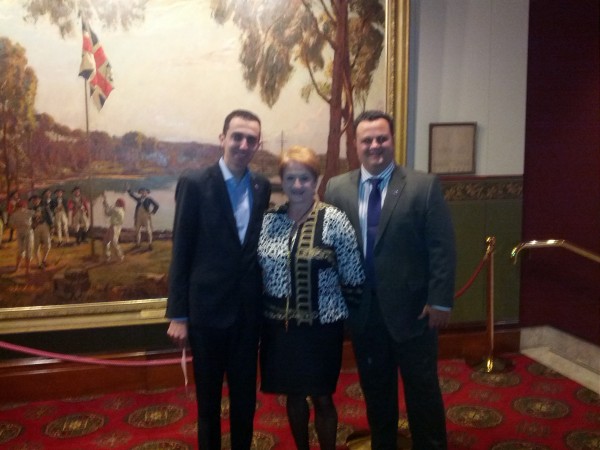 ANC Australia Executive Director Vache Kahramanian and Communications Director Haig Kayserian were present in the Gallery to witness the successful passage of this historic motion which was introduced to the Chamber by the Hon. Marie Ficarra MLC, a long-standing supporter of Armenian issues. The motion comes after many months of advocacy from the Armenian National Committee of Australia.

The full text of the motion can be read below.

DECLARATION OF INDEPENDENCE OF THE REPUBLIC OF NAGORNO-KARABAKH TWENTIETH ANNIVERSARY

Motion by the Hon. MARIE FICARRA agreed to:

1. That this House notes that 2012 marks the twentieth anniversary of the declaration of independence of the Republic of Nagorno-Karabakh.

2. That this House:
(a) acknowledges the importance of the basic human right to self-determination and a free and a democratic society,

(b) recognises the right to self-determination of all peoples including those of the Republic of Nagorno-Karabakh,

(c) notes Nagorno-Karabakh’s sustained efforts towards creating a free and democratic society through the use of legitimate parliamentary elections and its continued efforts to develop a responsible government,
(d) supports and encourages Nagorno-Karabakh’s involvement within the international community and further encourages its engagement with the international community to reach a solution to the existing regional problems to establish peace and stability,

(e) encourages peaceful relations and the continued promotion of humanitarian and economic support for the people of Nargona-Karabakh; and