On November 15, the discussion on the 2013 budget began with the Prime minister, Tigran Sargsyan’s speech, emedia.am writes. Sargsyan after thanking the Parliament for its contribution to the discussion stressed that Armenia must try to stay away from external as well as social risks, such as the ones that some European countries currently face and added “We didn’t introduce that kind of a draft to the budget”. The Prime minister acknowledged that there are justified complaints coming from society. Sargsyan, also thanked ARF-D and Heritage Party (Zharangutyun) for taking part in the consulting meetings and announced that ARF-D’s anticorruption proposition has been approved and that 1/3rd of the seats in the Anticorruption Council will be allocated to the opposition.

Reacting to this statement, ARF-D Parliamentary Faction’s Secretary, Aghvan Vardanyan said that the Prime minister has wrongly understood ARF-D’s proposition. “Our proposition was not about creating a monitoring committee which already actively functions with the participation of civic organizations, but to establish an independent, ad hoc agency and reserve its leadership for the opposition. We will present to the government our strategy concerning this agency, as promised” Vardanyan said. 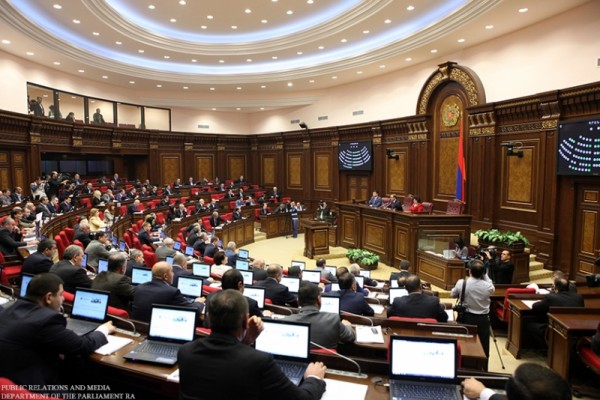 On November 14, the Parliament with 37 votes for and 58 against disapproved ARF-D’s amendments on the minimum monthly wage law.

Tert.am reports that the ARF-D Parliamentary Faction proposed to include in the law an amendment about defining every next year’s minimum monthly and hourly wage according to the state budget law. The purpose of this amendment is to take under consideration inflation, living standards’ minimum budget, value of consumer’s basket and average wage before finalizing the minimum monthly wage.

ARF-D’s draft was previously rejected by the Parliament’s Standing Committee on Social Affairs and the government but it was brought to discussion after the Faction’s members introduced the draft as extraordinary. 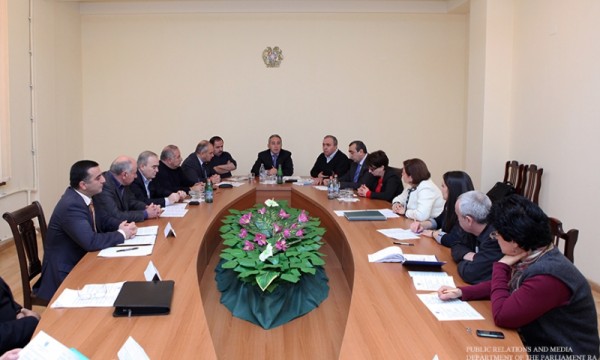 The Standing Committee on Social Affairs

During the Committee’s session, ARF-D Parliamentary Faction’s Secretary, Aghvan Vardanyan presenting the draft said that the minimum monthly wage cannot be lower than a) that of the previous year, calculated with the 12-month inflation, b) the budget providing the minimum living standards, c) the average wage (30% for 2013, 40% for 2014, 50% for 2015). Vardanyan announced that the party is ready to postpone its proposition for a year. In his closing remarks, Vardanyan stated that ARF-D will continue introducing drafts to the laws, no matter if those are being rejected by the government.

“How will we be able to obtain economical competitiveness and development of the human capital” asked Vardanyan his counterparts from the Parliament’s floor. He emphasized on the fact that in Armenia the single section developing is banks whilst the population briefly breaths and shadow economy has reached 35%, henaran.am reports. “My purpose is not just fingerpointing the negatives and adverting the past. I am worried about what is going to happen in the coming years, will the government keep its promises?” said Vardanyan and expressed his doubts wondering that if indeed it happens so, in which way will the government take the responsibility. “The Prime minister came and left, six-seven ministers came and left, others came and left. If this is a proper behavior towards the legislative power, it is fine, we will survive somehow, let the majority think about it. I don’t think it represents a behavior, unfortunately disagreements inside the government and the division in groups is a real problem” Vardanyan concluded. 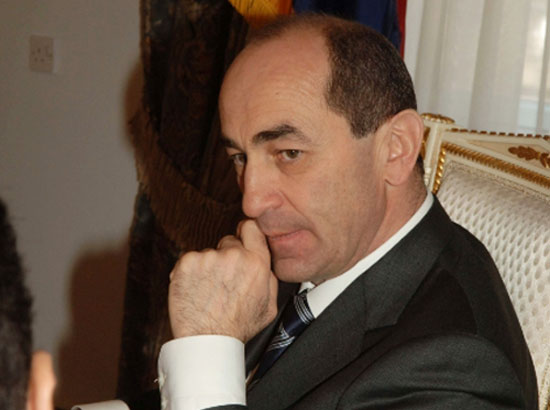 Aravot.am asked Aghvan Vardanyan to comment on former President, Robert Kocharyan’s latest interview where he stated that he is in favor of the 100% proportional election system but didn’t succeed in applying it during his term because the authorities needed the advantage that the present system provides. Vardanyan wondered who the authorities were at that time, if not Kocharyan and the ruling party. “Naturally, positive steps were taken during his incumbency but were left unfinished. If the former President speaks only today about that advantage, we are doing so for the last 10-15 years. It’s not possible to run a 100 meter race when you start 41 meters ahead of the others. No, doubt, it’s an eye-poking advantage” the ARF-D member argued.