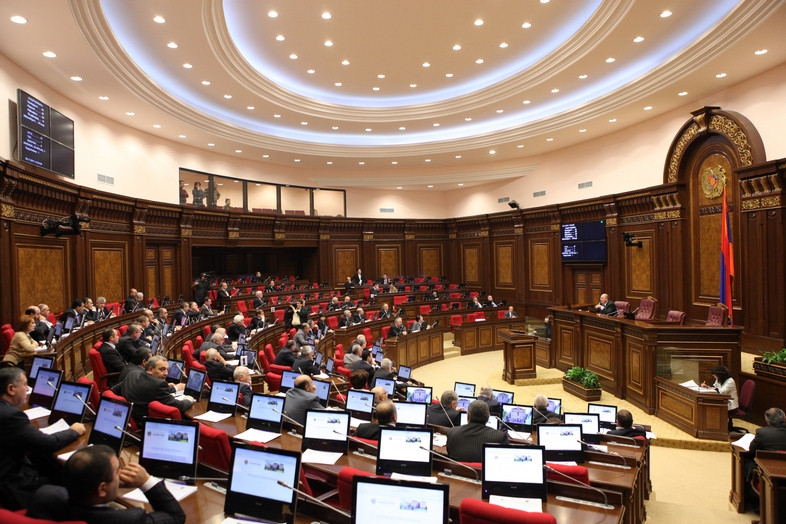 An initiative by pro-government members of the parliament to make changes in the law regulating the work of the Ethics Committee led to a lively debate on Monday as opposition lawmakers called this move an attempt by the majority groups to reconsider the principle of parity in the newly established body.

Upon the initiative of the government the National Assembly gathered for a special session on Monday, with more than a dozen, mostly economy-related bills on its agenda. But it is the amendments related to the Ethics Committee that became the focal point of the first day of the four-day session.

The Ethics Committee was formed soon after the convocation of the fifth National Assembly in May as a means to react to unethical behavior of lawmakers in and outside the parliament. The body supposed to be making only nonbinding decisions is comprised of one representative from each of the parliament’s six factions. The head of the body is member of the largest opposition bloc, Armenian National Congress (ANC), Nikol Pashinyan.

In fact, in the Ethics Committee the current coalitional forces, the Republican Party of Armenia (RPA) and Orinats Yerkir, have found themselves in a minority status, since the ANC and the three other minority groups, Dashnaktsutyun, Heritage and the Prosperous Armenia Party (PAP), usually act in concert.

Deputy Parliament Speaker Eduard Sharmazanov finds this situation inadequate and insists that the parliament majority should have more rights in the Ethics Committee than representatives of the minority factions, as they bear greater responsibility. The proposed amendment to change the principle of voting in the committee in favor of the pro-government majority attempts to solve this issue, he says.

David Harutyunyan and Arpine Hovhannisyan, the two RPA lawmakers who have authored the draft amendments to the Law on the National Assembly Regulations (which are required to that effect), suggest restoring the “political balance” in the Committee by stipulating that every decision be considered adopted only if at least one member representing the governing forces and one representative of the non-establishment forces vote in its favor.

But opposition MPs view such a change as inappropriate since it would mean the majority would always be able to block any decision. They also think such a bill is not suitable for debating and adopting at a special session and in such a slipshod manner.

The ANC’s Pashinyan says that the Committee has come under attack particularly after it started considering the behavior of 83 members of parliament regarding the November boycott of an opposition initiative. As many as 74 of these members represent the two majority factions.

“There was a reaction at lightning speed. A new law was written within just 10 days, it was confirmed at the meeting of the government and brought to the special session of parliament. In fact, the parliament majority has brought guys from the Government against the Ethics Committee because they do not feel quite secure,” says Pashinyan.

Members of all minority groups said they would vote against the bill.

Dashnaktsutyun faction member Aghvan Vardanyan, too, thinks that the bill, if adopted, will turn the Ethics Committee into a spineless body and, in fact, will make it redundant.

Both Zohrabyan and Vardanyan have hinted at the possibility of a boycott of the workings of the Ethics Committee if the bill is adopted.

Discussions of the bill were scheduled to continue on Tuesday. As things stand now, its approval appears a foregone conclusion considering the majority that the RPA and its junior coalition partner, Orinats Yerkir, have in the National Assembly.

During the six months since its establishment the Ethics Committee has already made one decision concerning a pro-government member, calling his behavior unethical. 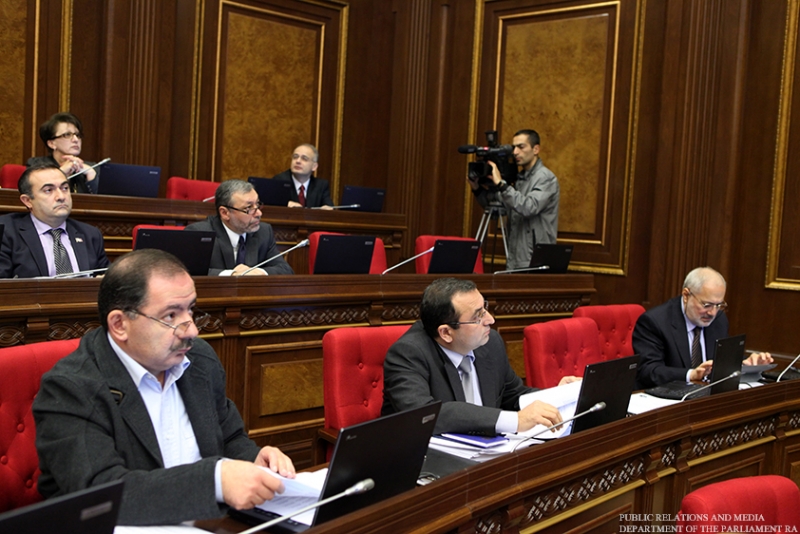 Minasyan: Opposition Will Withdraw From the Committee On Ethics

Yerkir.am reports that ARF-D Member of Parliament, Artsvik Minasyan who is also a member of the Parliament’s Committee on Ethics said that the party proposed that the terms “oppositional” and “non oppositional” be removed and that each political party has one MP representing it in the Committee. The draft is under discussion.

According to Minasyan, the draft law will be most probably put in voting today under the condition that the proposals are clarified between the first and the second readings. If the opposition’s proposals aren’t approved, the opposition will withdraw its representatives from the Committee thus leaving it with only the MPs of the Republican Party of Armenia (HHK) and Rule of Law (OEK).

In an article that appeared on Yerkir.am on December 17, ARF-D Member of Parliament, Vahan Hovhannesyan commented on the draft law co-authors’ persistence of coming to a consensus on the formation of the Committee on Ethics. “Is there anyone in this hall or can anyone recall of a single case resolved with consensus during the history of the Republic of Armenia?” Hovhannesyan asked. “There has never been such a case, the majority never resorts to that” he said. Hovhannesyan said he would bet that no draft produced by the opposition would be approved. “To you consensus means that everyone agrees with you” Hovhannesyan said addressing the coalition and added “you are driving the country and society to the wrong direction. Unfortunately you haven’t answered so far, but you will”.

Hovhannesyan believes that parliamentary ethics is not only about not stepping on another one’s foot in narrow hallways. In the first place, ethics is about sacredly respecting the country’s laws.

“I think that it is unethical when they say that a 5-member group cannot turn against the 70-member one. When we feel that what we do is right we must stand up against the majority. For example, Ethics demand that members of Parliament must be separated from business. We are slowly achieving that. You are feeling it too that is why you are trying to put obstacles on the way” Hovhannesyan said from the Parliament’s floor. According to the ARF-D MP, the authorities went along with the Committee on individual cases but “protested” on serious matters. Everything began when ARF-D applied to the Committee after the majority overthrew the extraordinary session of November 21st. “There are three subjects that have the right to ask for an extraordinary session to be convened: the President, the government and the members of Parliament. When the majority overthrows the session, it deprives the constitutional right of one of those subjects” stated Hovhannesyan, convinced that the November 21st boycott took place because the authorities are not sure of their actions.

He also thinks that society might not see the change of the Committee on Ethics formation but others in other places will. “How many pennies will your elections worth when in those other places, people will realize that the hopes for real democratic reforms are being subverted?” he wondered. In Hovhannesyan’s opinion the tolerance and will for democratic reforms of the authorities end where the Republican party of Armenia “loses a piece of power”, “no matter how beautifully the speeches in Brussels are delivered”.