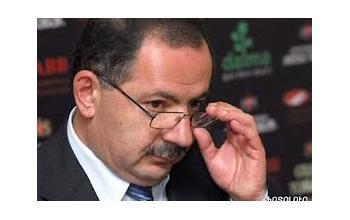 According to 1in. am, ARF Parliamentary Faction’s Secretary, Aghvan Vardanyan commenting on the upcoming elections said that ARF-D has also its share of problems. “We are aware that we have a serious problem. We have a good history, marvelous projects, a good team. But we have an issue; unfortunately we haven’t been able to show to the citizens that our ideology and platform are pragmatic, that they should tie their hopes to ARF-D. These are objective reasons” Vardanyan said.
“I don’t see that a regime change will take place with these elections. They have been turned into a game which doesn’t acknowledge rules. The problems that the citizens have won’t be solved with these elections” he said and added that “the reshaping of the political arena is quite obvious”.
The ARF-D member stated that the party has work to do after the elections. “For the coming one and a half-two months we will slow down our pace. It’s true that the elections are the most important event in the state but they are so predictable that leave no space for expectations” said Vardanyan to Yerkir Media.
According to him, reforms in Armenia must not take place slowly. The problems are so clear and dire that the step-by-step approach leads to nowhere. There is a need for radical and drastic changes. “We have reached a borderline where we don’t examine or solve problems; we are in a pause mode. Today, this is the final dangerous borderline after which changes will take place”.
In Vardanyan’s opinion the election system, introduced in 1995, has been eliminated as a means of changing the regime. To participate in an election process of this nature is merely a way of pretending to be preoccupied with it, Vardanyan believes.