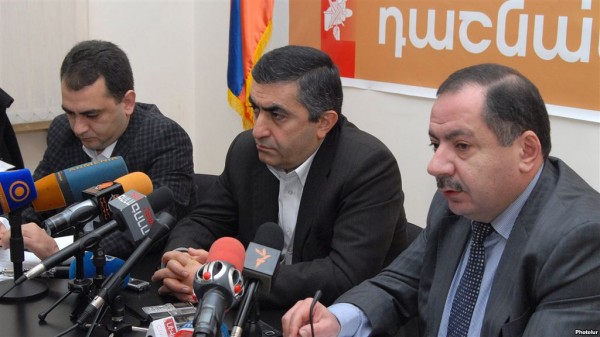 Having thoroughly discussed the party’s participation format in the upcoming presidential election, the ARF-D Supreme Assembly of Armenia states:

In accordance with the Supreme Assembly’s July decision, the ARF-D Supreme Council of Armenia took the initiative of putting forward a process to form a wide accord around a unified political agenda. Efforts were made with active political forces and civic circles to create an accord around a political platform so as to develop a unified oppositional front.

Both, this initiative and the political agenda that was introduced were positively greeted; certain prerequisites to making the process effective did exist. The possibility existed to at least restore the people’s broken trust in elections, to generate a qualitatively new situation, to conduct truly competitive elections and to create the ground for the regime change. However, preconceived approaches conditioning the accord with this or that concrete candidate prevented the efforts – to participate in the presidential election with a united agenda– from reaching their logical conclusion.
Taking on account the current situation and based on the above-mentioned assertions, the ARF-D Supreme Council Assembly of Armenia, decides the following:

1. Not to nominate a candidate for the upcoming February 18, 2013 presidential election.

2. Excluding supporting the candidate of the authorities, to authorize the Supreme Council to follow the pre-electoral processes and, if the need arises, to orient the ARF-D members and supporters accordingly.

3. To continue pursuing with all political means the realization of the party’s seven-point platform.