The Peak Public Affairs Committee of the Armenian-Australian Community (http://anc.org.au/news/Bob+Carr+U-Turns+on+Armenian+Genocide%3B+calls+it+a+%E2%80%9Chistorical+dispute%E2%80%9D+%5BVIDEO%5D) 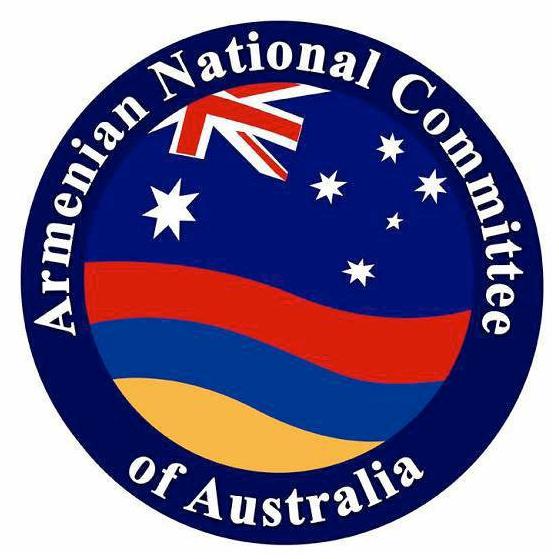 Carr was questioned by ANC Australia Executive Director Vache Kahramanian on this position at a recently-held public event hosted by The Lowy Institute. He responded with this:

“As a Government we don’t take a stand on this historic dispute.” (See video http://www.youtube.com/watch?v=eIG0kJx3FVg&feature=player_embedded&list=UU4YaL6Wbwo-V0X5pFMvr3Kw)

“This U-Turn is unacceptable to the Armenian community in Australia and to Armenians the world over, particular the many millions of us who are descendants of survivors of the Armenian Genocide,” Kahramanian added.

ANC Australia wrote to Carr, calling for his return to his long held position, and this letter was personally delivered to the him by Kahramanian.

A response was received from Carr’s Department (DFAT), which said: “Although various groups at state and local level have expressed or might express different views … these do not represent Australian Government policy.”

ANC Australia has released a document titled ‘Bob Carr’s Track Record on the Armenian Genocide’, which outlines his many years of activism through a compilation of speeches, letters and statements in the New South Wales Parliament. Click here to access the document.

“The compilation of Bob Carr’s track record serves as a reminder of the great advocate he once was. We call upon Bob Carr to retract his comments and publicly acknowledge the historical reality of the Armenian Genocide, as he did on multiple occasions as NSW Premier,” Kahramanian said.

“The issue of any genocide should never be used for political maneuvering or political gain. Dishonouring the victims of such heinous crimes sends a clear signal to future perpetrators that they can act with impunity when other nations find it politically convenient.“

ANC Australia has publicly and personally called for a meeting with the Foreign Minister to immediately address the issue.

TAKE ACTION – declare your disappointment to Bob Carr in 60 seconds 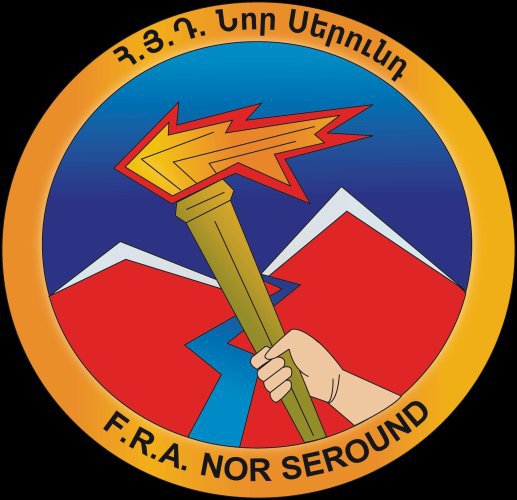 The youth wing of the French office of “Hay Dat” stopped another provocation by Azerbaijani propaganda in Paris. Azerbaijani society “Europe – Azerbaijan had initiated a concert in Saint Rock church dedicated to the events of Agdam that took place in 1992, which the Azerbaijani call “Khojalu events.”

Armenian activists in order to prevent the spread of Azerbaijani disinformation handed out booklets at the entrance of the church exposing the Azerbaijani propaganda.

As the French office of “Hay Dat” reported to the news agency Panorama.am, earlier Armenian Catholic Church of France has sent a letter to the leadership of Saint Rock church in Paris on the inadmissibility of anti-Armenian actions. In a reply to the Armenian side they assured that they will undertake all measures to prevent anti-Armenian rhetoric during the concert.

As a result of the organized campaign a concert of classical music was held in Paris. Those who had attended the concert had booklets in their hands spread by the Armenian side. As the leadership of the church promised there were no anti-Armenian speeches during the concert.

On February 26, 1992, during the war in Karabakh, around 200 to 300 people (according to Human Right Watch, and 600 according to the version propagated by the Azerbaijani version) were killed under unascertained circumstances near the city of Ahgdam. They have been deliberately withheld by the Azerbaijani authorities in the midst of the military actions. Population of the village of Khojalu, which was a firing point shooting at the blockaded Stepanakert (among five others) was kept in the village for months by force and was not evacuated by the authorities of Azerbaijan deliberately, in order to use them as human shields later.

Residents of Khojalu who came out by the humanitarian corridor that the self-defense forces of NKR had left open, they freely passed more than 10 km and reached the Aghdam city controlled by the Azerbaijani troops. Later, not far from the positions of Azerbaijani troops bodies of the villagers were found. The exact death toll remains unknown as the official Baku publishes data contradicting each other. Parliamentary Commission investigating the tragic death of the civilians at Aghdam city was dissolved by the order of Heydar Aliyev, the investigative materials are kept in secret. 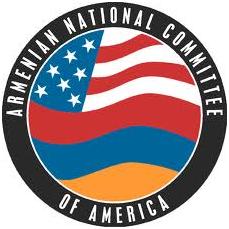 WASHINGTON, DC – The Armenian National Committee of America (ANCA) has called upon President Obama’s National Security Staff to first investigate and publicly assure the integrity of the White House’s “We the People” petition system against foreign manipulation, before answering Baku-initiated petitions attacking Armenia and Artsakh.

In a letter to Special Assistant to the President Elizabeth Sherwood-Randall, ANCA Executive Director Aram Hamparian asked the National Security Staff to “to perform due diligence in investigating the prospect of foreign fraud in relation to a public, Baku-based effort to manipulate the White House’s ‘We the People’ petitions, a vital avenue for civic discourse with our President.” Hamparian stressed that, “In the interest of safeguarding the integrity of American civic dialogue and the public standing of this important initiative, this matter should be publicly resolved by the White House in a serious and satisfactory manner prior to any petition response.” Copies of this letter have been shared with Congressional offices.

The ANCA made specific reference to a February 1, 2013, Russian language interview with Azerbaijan Foreign Ministry Spokesman Elman Abdullayev stating “Any Azerbaijani can connect this petition because, regardless of nationality, social origin, people have the right to raise his voice in order to finally triumphed justice. . .This step is a positive tendency of the Azerbaijan Republic and the Azerbaijani people.” Click here to read the complete interview.

Last week the ANCA formally asked the White House for information about the types of safeguards that the Administration had put in place to protect its popular “We the People” on-line petition system against foreign attempts at fraudulent manipulation of American civil society discourse. The White House has yet to issue a response. In a letter to White House Senior Advisor Valerie Jarrett, the ANCA referenced the Armenian American community’s concern regarding “a number of petitions addressing Armenian topics, including one that echoes, nearly word for word, the message of Azerbaijani dictator Ilham Aliyev’s well-funded, unfounded and hateful campaign to misrepresent Azerbaijan’s well-documented history of aggression against Armenia and the independent Republic of Nagorno Karabakh.” Hamparian went on to ask for greater clarity regarding rules related to international participation, and an explanation about any safeguards that have been put in place against “against fraud and to protect this important arena for dialogue with our government from being abused by foreign entities.”

Several petitions echoing Azerbaijani government attacks on Karabakh rapidly collected tens of thousands of on-line signatures in recent days. The text of one in particular, titled “pay close attention on The Nagorno-Karabakh conflict. 20% of Azerbaijan territory was occupied by Armenian military,” has a direct link to the Heydar Aliyev Foundation, a project headed by Azerbaijani President Ilham Aliyev’s multi-billionaire wife, Mehriban Aliyeva. Unlike other “We the People” petitions, where the city and state of a majority of signers is typically posted, the anti-Armenian petitions, by and large, do not have any geographic identification.

News of Azerbaijani government manipulation of online metrics and social media statistics to boost the image of authoritarian dictator Ilham Aliyev came out earlier this month in Azadlyg newpaper, with reports of pressure on government employees to “like” President Aliyev’s Facebook page in the run-up to his 2013 election.

President Aliyev, who has repeatedly announced that, “our main enemies are Armenians of the world,” flew into an anti-Armenian tirade on Twitter a few months ago, stating that “Armenia is a country of no value.” He has also called Yerevan an Azerbaijani city, occupied by Armenia. The ANCA documents and, on a consistent basis, informs Congress, the Administration, and the media about Azerbaijan’s threats and acts of aggression against Armenia and Nagorno Karabakh. The ANCA widely circulates a fact sheet highlighting the direct correlation between the increase in Azerbaijan’s military budget and the number of ceasefire violations on the line of contact with Armenia and Karabakh’.

The complete text of the ANCA letter to the Special Assistant to the President Elizabeth Sherwood-Randall is provided below.

We are writing to ask the National Security Staff to perform due diligence in investigating the prospect of foreign fraud in relation to a public, Baku-based effort (see attached example) to manipulate the White House’s “We the People” petitions, a vital avenue for civic discourse with our President.

We have written on this subject to Ms. Valerie Jarrett, in the Office of Public Engagement. In our inquiry to her (see attached), we asked three vital questions: “1) Are non-U.S. residents allowed to sign White House petitions? 2) What safeguards are in place to ensure compliance with any citizenship, residency, or other rules related to participation in White House petitions? and 3) What systems has the White House put in place to guard against fraud and to protect this important arena for dialogue with our government from being abused by foreign entities?”

The White House’s responses to these questions would hold great meaning for our community and also for all Americans who are concerned about protecting our country’s internet-based communications against the possibility of foreign cyber-attacks. In the interest of safeguarding the integrity of American civic dialogue and the public standing of this important initiative, this matter should be publicly resolved by the White House in a serious and satisfactory manner prior to any petition response.

Thank you for your attention to our concerns.

CC: Members of the U.S. House of Representatives and the U.S. Senate