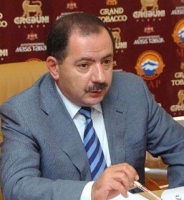 The overwhelming majority of the voters is that segment of the population which is more independent and less succumbing to pressure, told ARF-D Supreme Council of Armenia Vice Chairman, Aghvan Vardanyan to news.am in reply to a remark about the party’s voters being mostly from outside the capital. In Vardanyan’s opinion vote rigging and administrative levers are less efficient in the case of Yerevan’s constituency. “I’m certain that ARF-D’s policy and activities will have a larger response among the people of Yerevan. Party members are going door-to-door talking to the citizens who after comparing the political parties to each other state that they will vote for ARF-D” Vardanyan pointed out and said that this is a proof that the party’s share of votes will be larger in Yerevan this time.
News.am reminds that in the last Yerevan municipal election which took place four years ago, ARF-D didn’t manage to pass the 6% threshold necessary for having representatives in the city’s governing body.

Dashnaks Cry Foul Over Yerevan Polls
(azatutyun.am, April 17) – A leader of the opposition Armenian Revolutionary Federation (Dashnaktsutyun) on Tuesday accused the ruling Republican Party (HHK) of abusing its government levers to prevail in next month’s municipal elections in Yerevan.

“The ruling party has learned bitter lessons from the [last] presidential elections, and now all state and administrative resources are being used to make these elections apolitical and forcibly ensure votes [for the HHK,]” charged Aghvan Vartanian.

Vartanian claimed that high-ranking officials at various state institutions are forcing their subordinates to pledge to vote for the HHK in the polls scheduled for May 5. “Also, time and again our teachers are forced to promote [the HHK] among their students’ parents to ensure votes,” he told a news conference.

The HHK, which is headed by President Serzh Sarkisian, has faced such allegations from the opposition as well as media ahead of just about every major election held in Armenia in the past decade. It has always denied them.

Western observers reported “misuse of administrative resources” and “pressure on voters” by the Sarkisian campaign during the February 18 presidential election. They said government officials are using states resources to campaign for Sarkisian’s reelection and forcing public sector employees to attend his campaign rallies. Still, the observers’ assessment of the Armenian authorities’ handling of the ballot was otherwise largely positive.

Vartanian, who is second on Dashnaktsutyun’s list of candidates for Yerevan’s municipal council, predicted that there will be few irregularities inside polling stations on May 5 not least because nearly half of the members of precinct election commissions will be appointed by opposition groups. “They will try to do [illicit] things outside polling stations,” he said, referring to the HHK.

Dashnaktsutyun, which holds five seats in the Armenian parliament, is not represented in Yerevan’s outgoing Council of Elders. The party won less than 5 percent of the vote in the last municipal elections held in May 2009. Those polls took place one month after it withdrew from Armenia’s governing coalition.