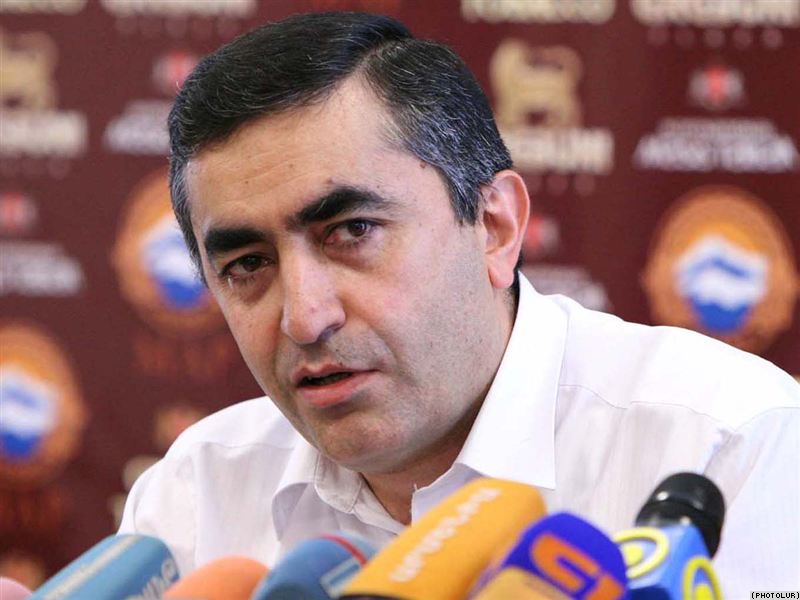 Two concrete statements must be made in order for the oppositional forces to unite said ARF-D Supreme Council of Armenia Chairman and Head of the party’s candidate list for the Yerevan municipal election, Armen Rustamyan, news.am reports. The first one must rule out any unification with the regime after the election takes place. Moreover, the oppositional forces must engage that they have the will to cooperate within the framework of the municipality of Yerevan meaning that if none of them becomes the majority then they must join forces and elect a mayor from the opposition. “With the second statement, the parties must declare that they will work together in the polling stations to make sure that the votes of the constituency are secured” and underlined that the people’s passiveness derives from two facts: first, they don’t think their vote has any significance at all, and second, they don’t believe that this election will be conducted in a normal manner. “We are obliged to provide the people with fair election guarantees. That’s something for the political parties to do” he said.
In Rustamyan’s opinion it’s for the benefit of the opposition to energize the constituency and to convince voters that the Yerevan municipal election is a chance to say “No” to the ruling regime. “That is why is imperative to draw that distinguishing line which seperates the ruling regime from the opposition. If the people doesn’t see that clear line it will be tangled again and it won’t show its distrust to the regime, therefore it won’t have the effect we want it to have” concluded Rustamyan.