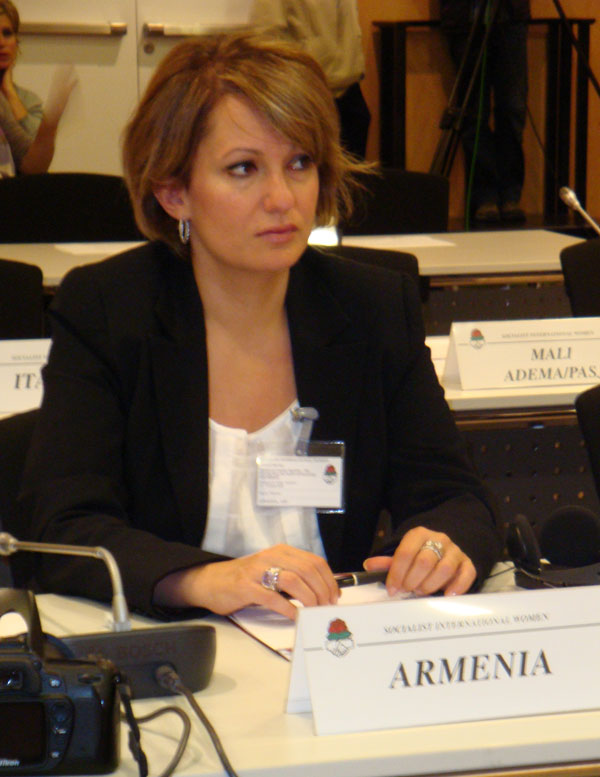 (asbarez.com, May 28, 2013) – After centuries of being stateless, the First Republic of Armenia, 1918-1920 was founded thanks to the perseverance, valor and heroism of the Armenian people and their leaders. These lands that we are blessed to walk upon are laden with the blood of those martyrs who fought courageous battles at Sardarabad, Bash Aparan and Kharakiliseh. With their lives, they ensured the Armenian people their own place in the world.

This year marks the 95th anniversary of that short-lived First Republic but one which became the guarantor of our independence and freedom today.

My intention is not to provide a history lesson; I am nowhere near qualified to embark on such a discourse. What I do want to present here are some passages from Simon Vratsyan’s The Armenian Republic, which I have been reading. What sparked my desire to read it had nothing to do with this landmark anniversary and everything to do with improving my knowledge of our language and history. This endeavor coincided with the relentless verbal diarrhea of our current Minister of Education, Armen Ashotyan about the reasons for the collapse of the First Republic. He could learn some lessons from our history, which he claims to know so much about.

It is no surprise that when certain powers in Armenia want to discredit other political powers, they reference the capitulation of the First Republic of Armenia to the Soviets as an example failure and treason.

Without getting overly political, which I am consciously trying to avoid being these days, certain passages from Vratsyan’s work left an indelible impression and forced me to contemplate where we are today as a state and nation 95 years on.

To put these passages in their proper context, the following must be noted: the First Republic was founded following the Armenian Genocide, toward the end of the First World War as empires were crumbling and alliances were shifting. The Armenian Republic had to contend with a starving refugee population, one which had been violently thrust from its lands in Western Armenia; it had to create non-existent state structures from the ground up; it had to protect its fragile borders against encroaching invasion and provide food and shelter to its desolate citizens. It was also ardently progressive, it established the institutions of democracy, allowed women to vote and be elected to office, and it appointed a woman, Diana Abkar as its ambassador to Japan at a time when women in many Western countries did not have the right to vote.

“The year 1920, for all intents and purposes, began under successful conditions. There reigned a relative peace in domestic life and on the borders. The people in all areas of the country were occupied with productive activities. From top to bottom, from the parliament to the furthest village authority, everyone was absorbed with the awareness of their responsibilities: they were creating a State. And the State, day by day was flourishing and improving. Those who had seen Armenia one year earlier no longer recognized it – everything had changed so much from the train station to the appearance of the streets all the way to the consciousness of society. No longer did anyone doubt the future of Armenia; everyone was working to strengthen their foundation, to accelerate the reconstruction.” (The Armenian Republic)
Vratsyan goes on to explain in detail the process of building state structures and institutions including, the establishment of the first Congress of Armenian Cities, the creation of trade unions but most important of all, the establishment of a university.

On January 4, 1920 during the opening ceremonies of the first Congress of Armenian Cities, which included the cities of Yerevan, Alexandrapol (Gyumri), Kars, Nor Bayazet, Ashtarak, and Ghamarlu, Vratsyan recalls the importance that was accorded to cities in the process nation-building. He writes that A. Abeghayan, a representative of the ARF faction in parliament during the opening ceremonies said: “A people who was sentenced to death one year ago, today has the possibility to organize a congress on local autonomy.” (The Armenian Republic)

On January 26, 1920 the first session of Council of Trade Unions of Armenia was held in Yerevan with the participation of 38 representatives from 13 trade unions including cooperatives, pharmacists, public servants, banks, and workers from leather factories, print houses, bakeries, orphanages and others. A resolution was adopted at that session, which stated: “The first session of the union of all unions welcomes Armenian workers and the victory of their government, which is the first step of the victory for Armenian political rights. The council of the union of unions believes that the Armenian government will not allow the achieved freedom to serve the interests of any imperialistic state and it will navigate the Armenian state’s ship toward the well-being of all workers…” (The Armenian Republic)
On May 16, 1919 the Armenian government passed a decision regarding the creation of a university. This became a reality several months later with the opening of the first branch in Alexandrapol on January 31, 1920. The school had one faculty, History and Linguistics with 262 students and 32 lecturers. Many high ranking guests and foreign dignitaries participated in the opening ceremonies including Speaker of the Parliament Avedis Aharonian, Prime Minister Alexander Khatisian, and Minister of Public Education Nikol Aghbalian who said: “This torch that we are lighting today on the Armenian plateau, will never go out and will illuminate all of Asia.” (The Armenian Republic)

Nikol Aghbalian was the Minister of Public Education from August 1919 to May 1920 and in the fall of 1919, had presented a program of school reconstruction in the country where parochial schools were to be converted to five year compulsory education. According to Aghbalian’s program, about 900 schools were to be constructed but the program was not implemented because most of the school buildings had to be converted into hospitals, orphanages and refugee houses. Despite all the problems 22 schools were opened in Yerevan, Dilijan, Kharakiliseh and Alexandrapol with 5162 students and 283 teachers. In the same time period, 1420 elementary schools were functioning in Armenia with 38,000 students and 1000 teachers, half of which had degrees in education.

Nikol Aghbalian was also instrumental in transporting the library of the Armenian Ethnographic Society from Tbilisi to Yerevan. Under his tenure, a Directorate of Antiquities was formed to preserve architectural heritage. Toros Toramanyan, known for his excavations in Ani was appointed as head of the directorate and as such was able to restart work in Zvartnots.
Aghbalian institutionalized a program that was approved by the government to eradicate illiteracy in adults and opened up a number of People’s Universities in Yerevan, Dilijan, Ijevan, Vanadzor and Gyumri open to any person of any age, race or sex.

At the same time, he sent a message to Armenians in the Diaspora to collect ancient manuscripts and historical items spread around the world. On December 26, 1919 he had declared the Armenian language as the official language of the Republic of Armenia.
Nikol Aghbalian achieved all of this in less than one year as Minister of Public Education during the First Republic under excruciatingly difficult conditions with almost no resources almost a century ago.

The ARF leadership at the time, Aram Manougian, Alexander Khatisian, Avedis Aharonian, Hamo Ohanjanian, Garo Sassouni, Simon Vratsyan and countless others worked, lived and served by example and with a value system which we should all strive for. They were true leaders who understood the value and fragility of statehood.

Hamo Ohanjanian was the third Prime Minister of the First Republic; his son took part and was martyred in the Battle of Kharakiliseh. How many of our current ministers’ sons have served in the Third Armenian Republic’s Armed Forces? When Hovhannes Katchaznouni, the first Prime Minister of the First Republic, was going to travel to the United States to raise funds for the newly established Republic, he had to sell his coat and other personal belongings to secure funds for his passage there. How many of our regime’s leaders are willing to sell any of their belongings for the viability of our country?

Perhaps Mr. Ashotyan has the answers to these and many other questions.