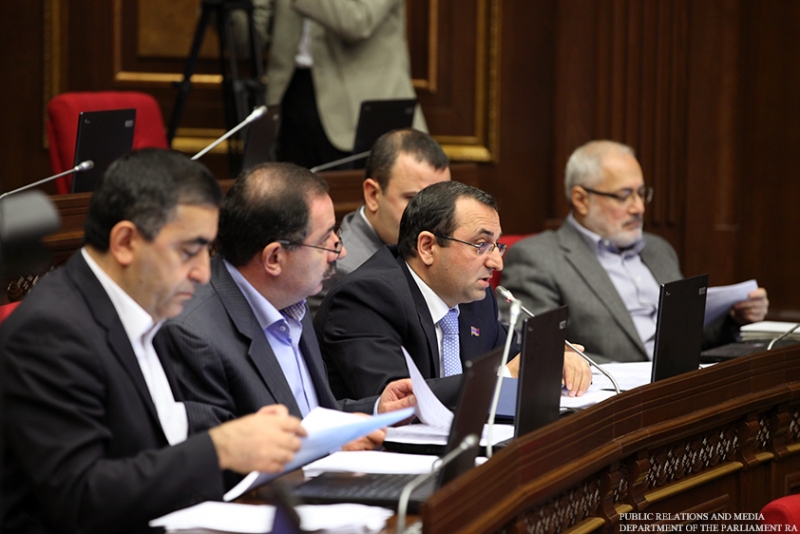 During the Parliament’s discussion the monetary policy program of Armenia’s Central Bank for 2013, ARF-D MP, Artsvik Minasyan pointed out that both the government and the Central Bank don’t know what is going on with the country’s economy, lragir.am reports. Minasyan said that the banking system has choked other sectors of the economy and as a result there are no capital and insurance markets functioning in the country.

Speaking about the inflation restraining policy, the ARF-D member underlined that inflation will be pressured with 2% and 1.8-2% respectively, by the latest price increases in natural gas and electricity. “What is the government, as a fiscal policy organ doing, to safeguard a synchronized development of the economy? The government says that it agrees with the Central Bank. And what does the Central Bank do? It reduces money supply, it says that if there is no money in people’s hands then there will be no inflation” stated Minasyan.