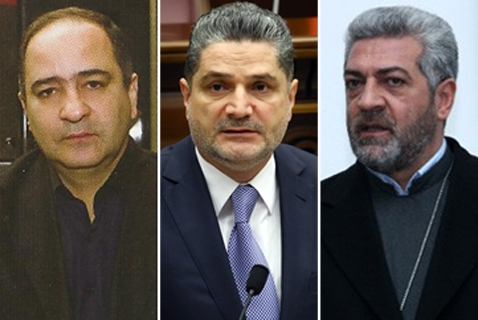 According to Hetq.am’s article titled “Cyprus Troika: Who ‘Stripped’ Businessman Paylak Hayrapetyan of His Assets?” one of the shareholders of an off-shore company called WLISPERA HOLDINGS LTD, is Armenia’s Prime minister, Tigran Sargsyan (the other two being the Primate of the Ararat Diocese of the Armenian Apostolic Church Archbishop Navasard Kjoyan and entrepreneur Ashot Sukiasyan). Following the publication of the article Prime minister Sargsyan has requested the assistance of the Prosecution General’ office, asking to clarify how and who registered his name as a shareholder in Cyprus.

Asked to comment by Yerkir.am, ARF-D Parliamentary Faction member, Vahan Hovhannesyan wondered, “But why did the Prime minister apply to our Prosecution General’s office? Let him apply to the Prosecutor General of Cyprus”.
Hovhannesyan is convinced that even if Tigran Sargsyan turns out to be guilty, nothing will happen. He thinks that the judiciary system is deeply deficient, with bad laws which are incompletely applied.
Hovhannesyan believes that President Sargsyan is keeping the Prime minister because of political calculations but in the opinion of the ARF-D member, those calculations are wrong.

In his interview to Yerkir Media’s Yerkri Harts, Hovhannesyan said that the point is not whether the Prime minister is a shareholder in an off-shore company but the activities that that off-shore is engaged in.