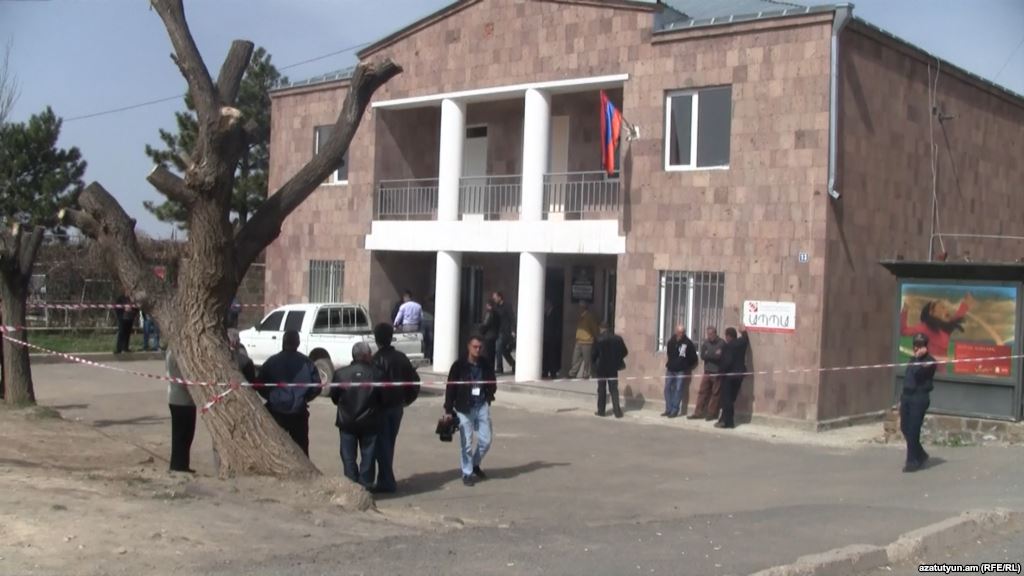 (azatutyun.am) – Tensions in a big village near Yerevan are running high more than two months after the killing of its longtime mayor who was affiliated with the opposition Armenian Revolutionary Federation (Dashnaktsutyun).

The village administration dominated by supporters of the slain official is openly defying an interim mayor of Proshian who was appointed by provincial authorities last week.

Hrach Muradian, who governed Proshian for almost eight years, was shot dead outside his office on April 2. A local resident was arrested in the following days on charges of carrying out the killing which Dashnaktsutyun considers politically motivated. The 31-year-old man, Arayik Petrosian, denies the char

The villagers will elect a new mayor on July 14. Proshian was supposed to be governed by Armenuhi Melikian until the vote. She was named by Kovalenko Shahgeldian, the governor of Armenia’s central Kotayk province encompassing Proshian.

Melikian has since been unable to even enter the village administration building because of fierce resistance from local officials mostly linked to the slain mayor. They claimed on Friday that Melikian is a highly divisive character who would disrupt their work. “She would bring tension,” said Lusine Petoyan, the chief of the administrative staff.

Melikian strongly denied those claims, saying that the defiance was orchestrated by Vova Sahakian, Proshian’s Dashnaktsutyun-backed vice-mayor running to succeed Muradian. “Sahakian wants the acting mayor to be someone who would obey him so that he can use administrative resources in the election,” she told RFE/RL’s Armenian service (Azatutyun.am).

Sahakian denied that. While accepting the legality of Melikian’s temporary appointment, the vice-mayor said the Kotayk governor should have chosen a different person. “We urged the governor to appoint a neutral individual so that the situation does not become tense,” he said.

Neither the provincial administration nor the central government in Yerevan has attempted to forcibly install Melikian so far.