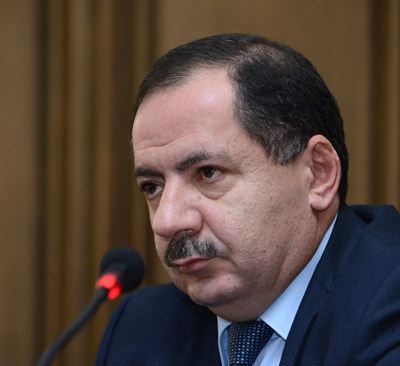 Speaking to media representatives, ARF-D Parliamentary Faction Secretary, Aghvan Vardanyan said that tension between the Control Chamber (CC) and the government is quite obvious, real and not fabricated, yerkir.am reports. Otherwise the government wouldn’t get so actively involved. The tension between the executive power and CC was caused after the latter’s report indicating that a large portion of the state budget was misused. In reply to the argument of the majority that it is they who disclose their own faults, Vardanyan said that the Control Chamber is an independent body and not an instrument of the majority. “It is also obvious that both the government and the Parliament’s majority are not sure what President Sargsyan position is about this issue. The majority doesn’t know at what extent it can counter the Control Chamber, but it is clear that there is a development taking place”. 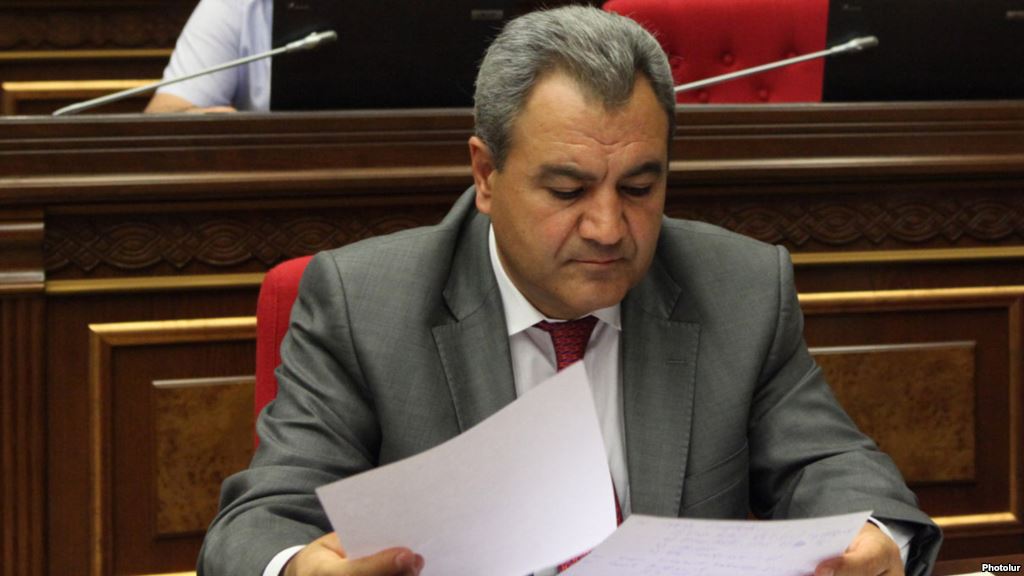 At the June 13 session of the Parliament, the Chairman of the Control Chamber (CC) Ishkhan Zakaryan presented the annual report of the CC of the Republic of Armenia for 2012. The key reporter noted that, as a result of the control implemented during the current year in the state bodies and a number of other organizations numerous violations and shortcomings of ineffective expenditures had been recorded. 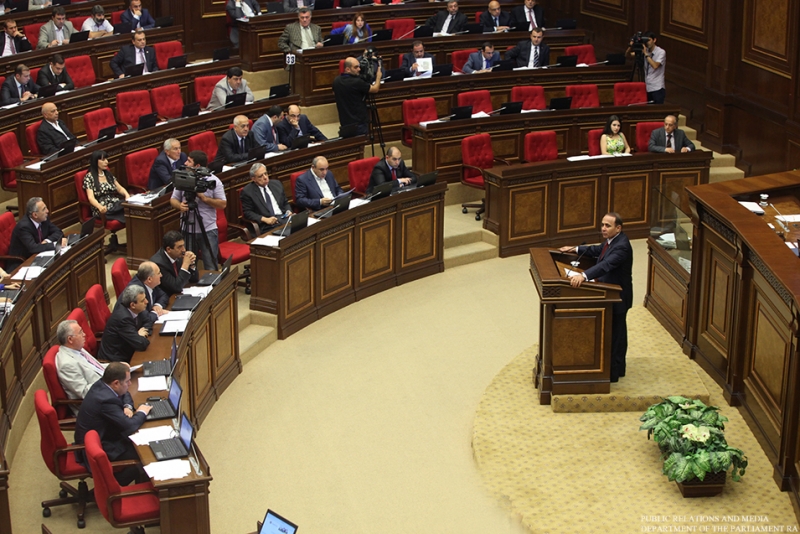 Addressing the CC Chairman the Parliament Speaker Hovik Abrahamyan expressed concern that the CC every year makes a report on the violations and speculations registered in different spheres, but the speculations continue. The Speaker noticed that an impression is created in the society that the violations are disclosed, touched upon out loud, but the problem remains. “The Prime Minister should take serious steps in that direction, which should have serious consequences of concrete officials. There are no irreplaceable officials, we should get rid of those people, who are involved in robbery, falsifications and embezzlements” the Speaker said.

The Parliament’s website reports that at the June 18 extraordinary session of the Parliament, the Speaker said, “It’s inadmissible that the RA CC presents facts and substantiations about speculations, and the National Assembly keeps silence” and proposed to send the CC report to the RA General Prosecutor’s Office, which will regularly inform the Parliament, the Government and the CC.
Member of the ARF-D Parliamentary Faction, Artsvik Minasyan said that the Control Chamber has actually put forth serious charges to the government, lragir.am reports. The government admits that there are gaps but denies that those are crimes. It is unacceptable that misappropriation is revealed but no one is held responsible stated Minasyan. 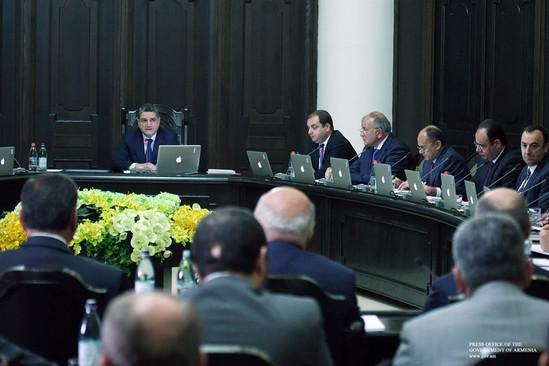 Prime minister Sargsyan addresses the members of the government

According to lragir.am (June 20) taking the floor at the government’s session, Prime Minister Tigran Sargsyan dwelt on the revelations made by the Control Chamber saying that his personally interested in reporting the breaches to law enforcement agencies, adding that he will do everything to respond to allegations. He agreed with the Parliament Speaker that officials who stole budget money should be held responsible.
Lragir.am says that Tigran Sargsyan argued that the Control Chamber has a specific mandate and the procedures of CC reports should be defined clearly by law. This body has no right to make political statements which is up to the Parliament and the executive body said Tigran Sargsyan.
According to the prime minister, the CC allegation that 70% of budget money (700 billion AMD) was stolen, is not true. Tigran Sargsyan said that the relevant statement concerns each of the ministers so he urged them to refute allegations or to prepare files and submit them to the prosecutor general’s office.